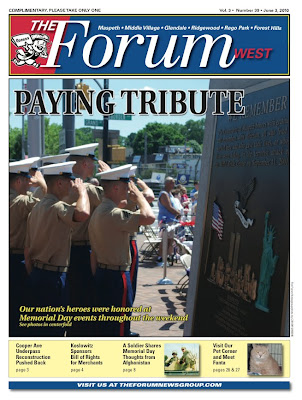 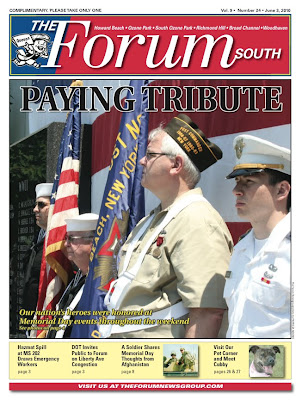 Posted by The Forum Newsgroup at 3:10 PM No comments: 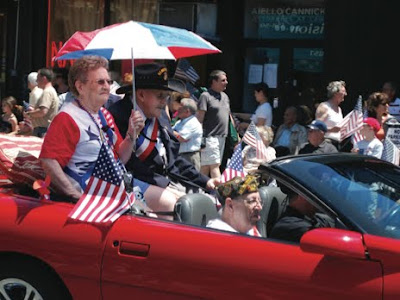 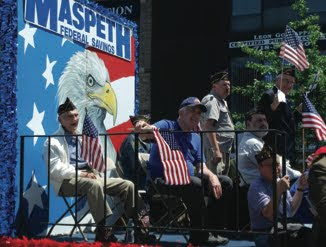 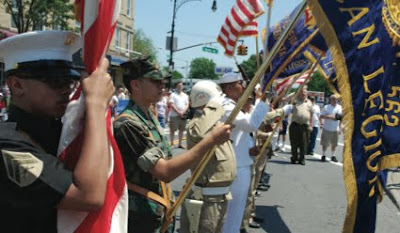 Posted by The Forum Newsgroup at 12:35 PM No comments:

A View from the Inside on Memorial Day 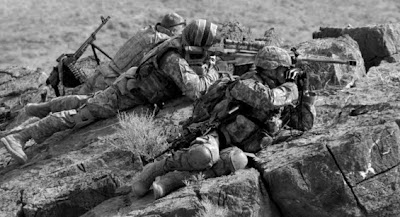 There seems to be a lot of complaining going on in the US these days; perhaps even more pronounced than the complaints are the criticisms.

Our healthcare system is in turmoil, we don’t provide enough service to our senior population, education funding is lacking, the economy continues to ravage—the list seems endless. But Americans could never be criticized for continuing to show their respect and gratitude on Memorial Day, for every man and woman who gave their lives serving in the armed forces.

When considering the heroes we have lost and of those who continue to risk their lives, it remains evident that their importance could never be exaggerated—in fact the real danger is in not be able to ever express enough thanks and honor. While Memorial Day is the day when we remember those whose lives were lost, it also should serve, as does Veteran’s Day, as a day when we honor those who returned home from war and those who continue to serve today.

This week The Forum invites you to read what Memorial Day means to someone with an “inside view.” The rest of this editorial space is given to Sgt. Sean McCabe of Ozone Park who is currently serving on his second tour in Afghanistan. He sent along the following letter that was read by Sen. Joe Addabbo at a ceremony at the end of the Howard Beach Parade on Monday.

To everyone in attendance, my friends, family, my wife Melanie, and my daughter Kiera,

I send to you all the love in my heart. I'm writing to you on the rare occasion; as opposed to hunting Al Qaeda in eastern Afghanistan, I am sitting behind a desk. (My mother has a giant smile on her face, doesn't she???)

It's hard to find words that truly express what Memorial Day means to me. Mainly because ever since I got to Baghdad in '05, every day has been Memorial Day. I've stood next to men who have laid down their lives in defense of their country. I've fought alongside heroes who have sacrificed themselves to save me, and my fellow soldiers. When I was younger, I just thought this weekend meant a day off from school, a barbeque, a baseball game - I even failed to fully appreciate Memorial Day as I got older. It wasn't until I came home after my first tour that it all dawned on me. An entire neighborhood lining the streets, the colors flying above Coleman Square - Pat Connolly's voice reading the names of our fallen brothers.

This is the day we remember those who gave everything to ensure our freedom. Men and women who gave their last full measure of devotion on foreign soil.

Today is a day we set aside, to honor what their courage and sacrifice has given us.

It is a gift. A gift I will never throw away for as long as I live.

I love you all, I'll be home soon.

Above: Sgt. Sean McCabe uses binoculars to scout out enemy patrol on his assignment to overwatch patrol. In modern warfare, an overwatch unit is responsible for providing cover and unobstructed lines of fire for advancing friendly units.
Posted by The Forum Newsgroup at 12:31 PM No comments: 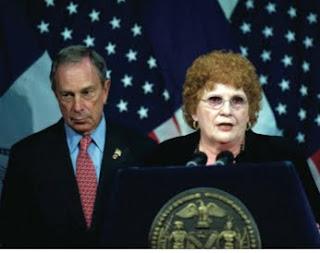 The City Council has approved the Business Owners’ Bill of Rights, which aims to fully inform business owners of all their rights during agency inspections. It was sponsored by Councilwoman Karen Koslowitz (D-Forest Hills), who chairs the Consumer Affairs Committee.

The Business Owners’ Bill of Rights came as a result of the findings of the city’s Regulatory Review Panel, which surveyed and listened to the business community in every borough to see how the city could help businesses succeed in a difficult economy.

The bill requires that the Mayor’s Office of Operations distributes to business owners, during or following each inspection, a document listing their rights to: consistent enforcement of agency rules, complain about or compliment an inspector’s work, contest a violation before the appropriate tribunal, an inspector who behaves in a professional manner, an inspector who can answer questions or promptly make a referral and an inspector who is knowledgeable of rules, regulations and laws.

The bill marks the first sponsored by Koslowitz to be signed into law since she returned to the City Council this year. She called small businesses “the lifeline of the economy” and noted that the city has the most small businesses of any municipality in the nation, with more than one million. That means nearly half of all the small businesses in the entire state are within the five boroughs.

“Keeping small businesses informed of government policies and regulations will empower owners with their rights,” said Koslowitz. “The bill of rights will guarantee consistent enforcement of agency rules, fair inspectors, and the ability to contest a violation… This is just the beginning of a movement, by Speaker [Christine] Quinn and my council colleagues, aimed at improving the business environment for our small merchants.”

Quinn (D-Manhattan) said the new bill is a signal that the city intends to work with its merchants, and not against them. “We are moving away from an enforcement-driven inspection process to one that is much more customer-service orientated,” she said. “I am confident that we will make the city a more welcoming place for entrepreneurs to thrive and prosper. Making life easier for our business owners is the key to building a diverse and thriving economy.”

Councilwoman Diana Reyna (D-Bushwick), who is chair of the Small Business Committee, said the bill “sends a clear message to the small business community that the City Council is working to ease the regulatory burdens that have too often delayed the transformation of great ideas into successful businesses.”
Posted by The Forum Newsgroup at 12:30 PM No comments: 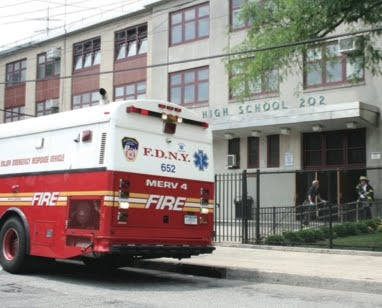 Emergency vehicles were dispatched to Middle School 202 located at 138-30 Lafayette
Street in Ozone Park on Tuesday morning after a barometer broke in the school’s science lab spilling mercury out into the room.

Students were quickly removed from the lab and the room was closed and cordoned off.

According to Department of Education (DoE) spokeswoman Marge Feinberg, air testing and cleaning of the room was conducted overnight and as of the start of class day on Wednesday, the room remained closed with further testing was scheduled.

There were no injuries reported and no students were treated as a result of the spill.
Posted by The Forum Newsgroup at 12:02 PM No comments:

The Cooper Avenue underpass reconstruction project is expected to move forward early next year and will likely include reversing the traffic flow along part of 74th Street, according to the local community board.

Gary Giordano, district manager at Community Board 5, said recently that construction of the Cooper Avenue underpass has been pushed back from its expected start in September, likely to early 2011. Despite the delay, he expects the project to move forward eventually.

“We have every indication to believe the funding is secure,” said Giordano, adding that the project is expected to cost about $6 million. The project includes replacing the deteriorating panels above the retaining wall, which will also be shored up, according to Giordano. New sidewalks and curbing will be installed along Cooper Avenue from the vicinity of 74th Street to 79th Street.

However, nothing is planned regarding the two stairways, one of which has been closed off to pedestrians, added Giordano. He wasn’t sure if the city Department of Transportation is planning to install guardrails along the north side of Cooper Avenue, as the board requested “to better protect pedestrians, especially the school children, since its downhill and traffic moves much too quick there,” said Giordano.

“We’re the ones who originated the request for this project, and have been advocating for this project,” said Giordano. The city DOT didn’t respond to a message seeking additional information on the planned work.

As part of the project, the DOT is considering reversing the flow of traffic along 74th Street, which is currently one-way south, according to Giordano. “The DOT looked at various traffic situations there, and in doing that, they determined they would like 74th Street to become a one-way north, at least between 78th Avenue and Edsall Avenue,” he said. “I think their reasoning is that people are making left turns from Cooper Avenue onto 74th Street southbound, and they thought it would be safer to prohibit that.”

The change in traffic flow will impact parents and school buses dropping children at IS 119, noted Giordano. He said school officials weren’t “necessarily opposed to the idea of changing the direction of 74th Street.”

The DOT is also planning to add a bike lane in each direction and possibly widen the sidewalks, reducing the width of the traffic lanes, said Giordano. “That is not an easy mix [to accommodate] because our streets are pretty narrow,” he said.
Posted by The Forum Newsgroup at 12:00 PM No comments: