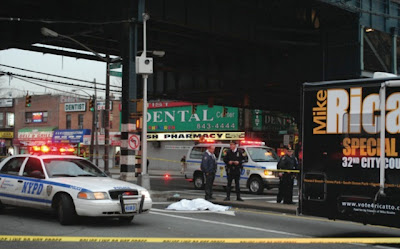 Nine-year-old Ibrihim Ahmed of Ozone Park was struck and killed at the intersection of Cross Bay Boulevard and Liberty Avenue just after 3:30 on Tuesday afternoon. The vehicle that hit him was an RV being used in the City Council campaign of candidate Mike Ricatto. 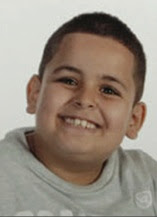 The driver of the vehicle , Alexander Aponte, 22, was arrested and charged for driving with a suspended license. On Wednesday morning, Aponte, of 166 East 61 Street in Manhattan, was arraigned before Queens Criminal Court Judge Suzanne Melendez on a misdemeanor charge of driving without a license. Bail was set at $5,000 and Aponte is due back in court on January 14th.

Witnesses looked on in horror as the boy, a fourth-grader at PS 63 in Ozone Park, was racing to his house on nearby 79th Street. One witness to the accident said it looked like the vehicle sped up to make a light "and smacked into the kid" at the busy intersection. "The kid had the light and was trying to run faster, but he didn't make it," said Raymond Sierra.

According to police sources, the RV swerved to avoid the boy but caught him with the back wheels of the vehicle, leaving him unconscious and mortally wounded. Emergency Medical Technicians pronounced him dead at the scene shortly afterward.

Ricatto addressed the issue through a press release issued after the incident. "This evening I am deeply saddened that a heartrending accident occurred involving my campaign bus and driver. My thoughts and prayers go out to the family of the child whose life was taken in this tragic accident. I have children of my own and can't imagine the pain of losing a child in an accident like the one that occurred today. Respectfully, I have suspended all campaign activities until further notice because the reverence for family loss comes before any politics." 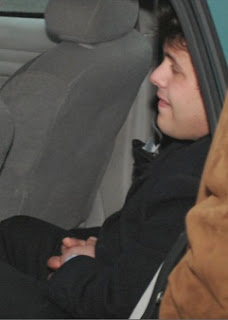 On Wednesday, a Forum reporter stopped by Ricatto’s Cross Bay Boulevard campaign offices but was told nobody was available to discuss the incident. A staff member ordered the reporter to leave the office, and refused to provide her name. She also refused to say whether the campaign is merely suspended or cancelled outright.

One hour later, staff member James McClelland contacted the Forum to apologize for the woman’s behavior. He said that the campaign is currently suspended, but Ricatto hasn’t decided yet whether he will drop out of the race completely. Ricatto is, however, the only candidate in the race thus far reported to have already filed petition signatures with the Board of Elections.

“I can’t tell if it’s going forward at this point or canceled,” McClelland said. “Everybody is still distraught over what happened.”

McClelland did confirm reports from police sources that personal items belonging to female staffers were found on the RV following the accident, but stressed that the driver was the only person aboard at the time. He added that neither the campaign nor the driver realized the license was suspended. “At this point we don’t know exactly why it was suspended, initial reports are that it was due to unpaid tickets,” he said.

Ricatto was not in the area at the time of the accident and “immediately stopped what he was doing when he found out and went to his house,” said McClelland, who added that the candidate wanted to allow emergency personnel to do their job and “didn’t want to add to the scene.”

The driver is distraught as a result of the accident, said McClelland, who said he had somebody stop by to check on him Wednesday morning. “I don’t think he is going to recover quickly. He’s not in good shape… We’re still awaiting the findings of the investigation, but from what I overhead at the scene, it was just an accident, and we’re going to take it day by day.”

Photos and additional reporting by Conor Greene
Posted by The Forum Newsgroup at 4:00 PM