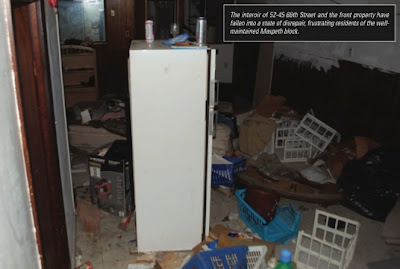 Residents of a quiet residential block in Maspeth have been terrorized for several years by an emotionally disturbed man who they say regularly harasses neighbors and has turned his home into a crack house.

While residents of 66th Street will have some temporary relief after the individual, Hani Nasser, was recently jailed on assault charges, they worry about the condition of his house at 52-45 66th Street, which is unsecured and could attract squatters and junkies.

“It’s been a non-stop nightmare,” said one longtime resident of the block who asked to remain anonymous. “He has basically turned this into a crack house” that attracts underage teenagers at all hours of the night, the resident added.

Despite appeals to the 104th Precinct, Community Board 5 and local elected officials and civic groups, the problems have continued. “Half the time they don’t even show,” the resident said of the precinct. “They treat it like it’s a joke… There is not another single problem on this block,” which is home to several dozen children, he said. “The people living on both sides are terrorized. He gets confrontational and targets the neighbors.” 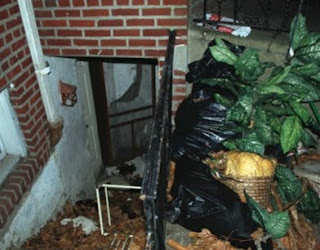 Civic leader Roe Daraio, president of Communities of Maspeth and Elmhurst Together, has been working with 66th Street residents in hopes of forcing the city to take action. “It’s not really progress, but the guy is in jail right now,” she said. Adjacent residents were affected when a pipe in the house burst last year and are concerned that the house will be left to deteriorate, added Daraio.

Neighbors have informed Daraio that Nasser, 25, is enrolled in an out-patient drug treatment program at Elmhurst Hospital Center and blew up a garage behind the home while getting high several years ago. “He gets confrontational with neighbors, invites teens over there, and meanwhile the house has gone into serious decay,” said Daraio, echoing the laundry list of complaints she has heard from neighbors. “He’s in jail now, but that’s not solving the problem. For six months, they’ll be fine, but it’s a Band-Aid effect.”

Daraio has reached out to local elected officials for assistance, but thinks the city needs to go after Nasser for failing to maintain the home. “Maybe if the family starts getting violations, they’ll start paying more attention,” she said, adding that Nasser lives there alone and is supported by his relatives. “To give him free reign of a private house, I don’t think is the smartest thing. It’s become the neighbor’s problem, and it shouldn’t be that way. It’s a quiet block, and everyone is friendly with one another.”

Residents agree that the city needs to step up and secure the house so that it doesn’t pose a danger to local children or cause damage to adjacent properties. “The city has to condemn that house – that’s the bottom line,” the longtime resident said, adding that he fears a physical confrontation will eventually occur. “Somebody is going to get hurt. It’s been ratcheting up since the summer.”

A visit to the empty house this week showed how the situation could become inviting to squatters and drug users. The front windows were wide open, and the unfurnished living room was strewn with trash. Neighbors worry that teenagers who used to hang out with Nasser will continue to use the house to get high while he is incarcerated.

An officer from the 104th Precinct’s Community Affairs Unit confirmed that Nasser was recently locked up, but said he was unaware of ongoing issues with neighbors. According to the Queens District Attorney’s Office, Nasser is currently being held on $2,500 bail after being charged along with three other men in an October assault outside the house.
Posted by The Forum Newsgroup at 11:50 AM