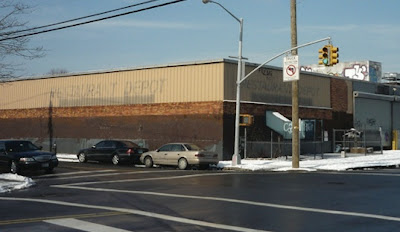 The Maspeth property eyed by the city for a new 1,100-seat high school is contaminated and will have to be remediated before construction begins, according to an environmental impact study conducted for the School Construction Authority.

A further examination of the property last March showed “elevated concentrations of petroleum-related volatile organic compounds and tetrachloroethene” in soil vapor, along with “elevated concentrations of semivolatile organic compounds and metals” in the soil. As a result, measures including “proper management of excavated soils and appropriate health and safety measures” will be implemented during construction.

A DOE spokesman downplayed the findings and said “the soil conditions referenced… are common to urban construction sites” found throughout the city. “The Department of Education observes rigorous and very conservative standards in determining whether a site is suitable for school construction,” said Will Havemann. “We proposed the Maspeth High School site only after establishing that it will be completely safe for the building's students and staff.”

The building, which will include two separate 500-seat high schools and 100 seats for special education students, “will be equipped with a precautionary barrier system to ensure that no contaminants can enter the school building," said Havemann. According to the environmental report, “no significant adverse impacts due to the presence of hazardous and petroleum-contaminated materials would be expected to occur either during or following construction at the site” once those measures are taken.

Havemann said the project’s estimated $70 to $80 million cost includes the measures required due to the contamination.

The contamination was not mentioned during public hearings held over the past two years. On April 2, the City Council voted 38-10 to approve the Department of Education’s plan, despite the fact that local Councilmember Elizabeth Crowley (D-Middle Village) voted against it. Crowley said this week that she received the report in February, and that the issue of contamination wasn’t raised during public hearings because it is “a given” that a former manufacturing site would have to be cleaned up.

“I will make sure as a councilmember that the site is clean if they do build a school there,” said Crowley. “I’m surprised this has gotten the attention it’s gotten. I don’t think people realize how contaminated the soil is in the city.” In a statement, Crowley said the “existence of toxic soil on industrial sites is a given” and the SCA must “purify the soil before they think about building a school on this property.”

However, while she is comfortable that the site will eventually be cleaned in accordance with legal standards, Crowley said that the environmental report issued “is too vague.” She wants the SCA to clearly spell out “The steps on how they are going to deal with any of the impacts… All they did was identify some areas that’s contaminated,” she said, stressing that she stands behind her vote against the project.

Crowley voted against the project after the DOE refused to grant priority admissions to neighborhood children. Instead, the DOE granted priority to students throughout District 24, which stretches from Long Island City to Corona and south to Ridgewood. However, many local residents opposed any school at that site because there already are two schools within two blocks of the property.

Some residents and civic members are now questioning why the DOE is still pursuing the property, considering the city might be forced to use eminent domain if a deal can’t be reached with the current owner. “It’s ridiculous that the city is wasting our tax dollars to use eminent domain to take a contaminated site when there are alternative locations available which… are more centrally located,” said Christine Wilkinson, a Juniper Park Civic Association executive board member.

Maspeth businessman Tony Nunziato said the City Council simply “didn’t do its homework” before approving the plan. “It tells you that from Deputy Mayor Walcott down, they just want to get this done on their timeframe,” he said. “They don’t want to do the work to find the right location.” He noted that the EIS claimed that the area can handle the influx of an additional 90 cars the city says the project will attract to the area each day. “It’s government at its worst, and they’re not looking out for the constituents.”

Robert Holden, president of the JPCA and a Community Board 5 member, questioned why the report wasn’t distributed to board members, discussed at hearings or available on the SCA website, where environmental reports on other projects can be accessed.

“We didn’t know it existed. We kept asking [about the impacts the school would have] and all along they had the report,” said Holden. “It’s amazing that Councilmember Crowley would minimize the impact and I’m shocked this wasn’t brought up at the hearings… The report contains alarming information about toxic contamination on the site. The entire public process on the Maspeth high school has been rushed and important information was withheld and covered up.”

The JPCA and another local civic group, Communities of Maspeth and Elmhurst Together “are now contemplating legal action to protect the rights of residents living in the neighborhood,” according to Holden.

The EIS also left Dr. James Cervino, an environmental science professor at Pace University, with some concerns. He called the report “highly ambiguous and lacking scientific credit in its present format” because it lacks specific numbers showing how high the levels of toxic compounds are. Cervino, who advises Senator Frank Padavan on issues regarding schools built on toxic sites, said the public must be able to see for themselves exactly how high the levels are using “hard data.”

“What they’ve shown is, these really bad cancer-causing compounds are there, but we’re going to stick a pipe in the ground, hook up a Home Depot fan and vent the materials in the ground into the air above the roof,” he said. “They might be right, it might be within the acceptable limits, but let me see the numbers. Let the public decide… I wouldn’t send my kids to that school. Why isn’t the public being shown the numbers? It raises a red flag.”

Former City Councilman Anthony Como (R-Middle Village), who lost his reelection bid to Crowley in November, issued a statement on Wednesday accusing Crowley of putting the community in danger by not raising the contamination issue during hearings.

“All children deserve a safe environment in which to learn and play. To withhold vital information about contaminants at a proposed school site is reckless and short-sighted,” said Como. “The results… should have been made public.”

Residents were also surprised that the SCA filed an application with the city Department of Buildings on April 3 – the day following City Council’s vote approving the plan – for installation of a fire alarm system at the proposed school. The application, which was disapproved, lists a SCA employee, Eftihia Tsitiridis as the property owner. Havemann was not able to provide information on the application by press time, and Crowley said that while the city is now legally allowed to buy property, she isn’t aware of any sale.
Posted by The Forum Newsgroup at 3:20 PM