A View of Albany: A Senator Speaks Out 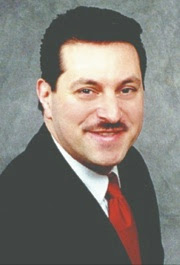 Two weeks ago, as the Majority of State Senators worked on preparing an end-of-session legislative agenda, the Republican State Senators were also busy at work -- plotting a coup in an attempt to overthrow and takeover the State Senate. What was really unacceptable was that the Republicans used the outside influence of billionaire Tom Golisano to create the interruption of our State Senate.

While the Democratic Conference of State Senators have offered a short term operating agreement in order to finish our legislative session, the Republican Conference have refused to acknowledge that the current 31-31 split in our chamber requires compromise, and are intent on trying to seize power they are not entitled to, even if it means holding the residents of New York State hostage.

Our conference remains poised to pass critical and time sensitive legislation that simply can’t be put aside. Instead, the Republicans refuse to come to a sensible, fair and bi-partisan operating sharing agreement to finish the people’s business.

We need an agreement now, and the people of New York agree in resounding numbers. The most recent polls indicate that 79 percent of New Yorkers are in favor of either Democratic or bi-partisan control of the Senate.

As elected officials, we must listen to the voices of the 19 million people we were elected to represent. It is time to put partisan politics aside, and get back to work. What the Democrats have offered is a rational solution to return to governing, that is modeled after how eight other states, as well as the U.S. Senate, have effectively handled this situation.

As the court has suggested, we have proposed a real, fair and immediate bi-partisan action to end the gridlock Republicans brought to Albany. The Republicans, led by renegade Democratic Senator Pedro Espada, responded with a plan that rejects bipartisanship and gives troubled Senator Espada autonomous control of the Senate.

Just as the courts have asked us to do, we have continued our attempts, both publicly and privately, to end this stalemate by offering revised proposals to Pedro Espada and Republican Senator Dean Skelos. Yet, they continue to refuse any agreement short of complete power over a chamber that they were not elected to run.

Recently, the Republicans have taken to holding mock “sessions,” in which they claim to be doing work.

A quorum – or 32 Senators – is clearly stated in the New York Constitution as the minimum number of Senators required to conduct legislative business. Without 32 Senators present, these sessions are a mockery and an embarrassment to our democracy, and we will continue to refuse to participate in staged political theatrics.

What we will do, is work with the Republicans to come to a fair solution, because we know it is in the best interest of the people of New York. Even as the Democratic Senators answered the request of Governor David Paterson by attending his called for and constitutionally questionable Extraordinary Session agenda, what must be acknowledged is that a short term plan is needed to resolve the current issues facing the senate stalemate and a long term plan to restore stability and credibility to the State Senate. It can and must be done, but it takes two sides to agree on this plan for the sake of our people.

The consequence of inaction in this situation is far too great to sit idly by. As we work to restore our economy, we must pass dozens of bills to extend the ability of local governments to levy sales taxes that help to fund schools, roads and local law enforcement services. We need to extend the Power for Jobs program that provides low-cost electricity to businesses and non-profit groups across the state. We need to pass legislation to allow over $1.75 billion in federal stimulus and education funds to flow to local school districts across the state.

There is also highly time sensitive legislation that needs to be brought to a vote in order to protect New York City schools, strengthen ethics reform and address the need for property tax relief.

The Senate Elections Committee, of which I am the Chairperson, is also poised and ready to bring to the floor for a vote legislation which would fundamentally restructure campaign finance in New York, allow military voters additional time to cast an absentee ballot, make poll-sites more accessible, and bring greater ease and transparency to the entire elections process.

We have offered a real bi-partisan sharing plan for the operation of the Senate Session, the legislative process, and the Floor Leadership. Now it is time for the Republican’s to show they are more concerned with the people of their state than a power grab.

Our people have a right to be concerned about the ability of state government to function effectively in this crisis, but I can ensure my constituents that those in the Democratic Conference will not rest or retire until a resolution has been achieved.

While I continue to prepare legislation for when work does resume, my office staff and I continue to address the local issues that concern my people, therefore please do not hesitate to call upon me if you should have any questions regarding your state government or community. I look forward to working for you in the district and in Albany.
Posted by The Forum Newsgroup at 2:00 PM