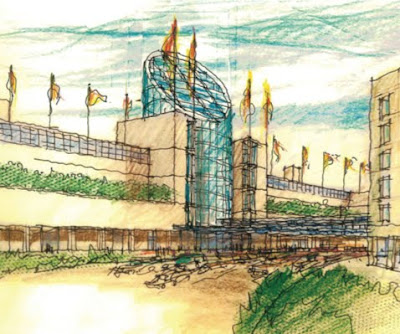 Although a casino operation is planned for development at Aqueduct Racetrack in Ozone Park, the continued drama surrounding the project is more of a circus than anything else.

Earlier this week, Rev. Floyd Flake announced that he would remove himself as an investor in the Aqueduct Entertainment Group (AEG), the consortium that was chosen to develop the long awaited video lottery terminals at the struggling raceway.

Insiders speculate that the Rev. Flake, as well as rapper Jay Z, had both dropped their investor positions with AEG due to a requirement by the State Lottery Division for the provision of extensive financial documentation from small investors.

Other sources maintain that Rev. Flake was under pressure from his congregants to exclude himself from any affiliation with a gambling venture. While Flake remained unavailable for comment, he did release a statement in which he said the Aqueduct project had caused him to be distracted from his many obligations at his church.

Still, officials at the State Lottery refused to comment on AEG’s status or if they had met the state filing requirements. If the deal with AEG does fall apart on or before the March 31 deadline, it would result in the state losing the promised upfront payment of $300 million. According to published reports, AEG “remains committed to obtaining state licensing of all investors by month’s end, and has access to the needed cash.”

On Tuesday afternoon at a press conference, Gov. David Paterson recused himself, on the advice of his attorneys, from all pending negotiations concerning Aqueduct.

When reporters pushed the governor about choosing AEG in the first place, Paterson responded that he “certainly thought it was right at the time,” adding “whether or not they are able to comply with the protocols is the same problem that one of the other companies was unable to do last year, and so we’ll just wait and see whether that application is valid.”

According to published reports in the Daily News, AEG could lose their rights to develop the project because they failed to meet state requirements. Reportedly, the Lottery Division informed Gov. Paterson’s staff by memo on Tuesday evening that AEG is “unlicensable” for numerous reasons.

Local officials remain concerned as to the fate of the project and there is no confirmation as to what will happen in the eventuality that AEG is bumped from the project. “It is sad that after eight years this questionable process has not resulted in a signed agreement to get the project underway,” said Betty Braton, Chair of Community Board 10.

In the meanwhile AEG says they are continuing with their plans for development and are hosting a job fair associated with the project at a middle school in the area on March 20.
Posted by The Forum Newsgroup at 2:00 PM