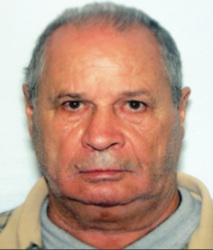 Rescuers continuing the extensive three-week search for Joseph Russo found a body in Howard Beach on Sunday night—but it wasn’t that of the missing 72-year-old Alzheimer’s patient.

According to sources from the NYPD and the Medical Examiners Office, the skeleton found in the weeded area off 165th Avenue was completely decomposed and, according to the time frame, could not be that of Russo.

A forensic anthropologist will examine the skeleton to make a positive determination that the remains are human and then go on to estimate age at death, racial affiliation, sex, and stature of the deceased. The bones were found in a search of the deep brush that began on Saturday morning and continued throughout the evening on Sunday.

The weekend search was a cooperative effort between the NYPD and the Eagle Valley Dogs, a New York-based search and rescue team. The K-9 team searches for lost and missing persons and is based in the Catskills and Upper Delaware River Valley.

According to Vice President Kate Danzig, the team “develops resources and trains its members to complement--not duplicate--the ca- pabilities of law enforcement and fire-rescue agencies in an area.”

Danzig who split her 20 years in the NYPD between patrol and narcotics, says the team is also available to assist during disasters or other emergencies.

Russo’s daughter Maria Ingrassia says that a friend working on the search effort to find her father came across the team while doing re- search on the Internet. “We are so grateful to Eagle Valley for coming down here and giving us some peace, knowing my father is not lying dead in these weeds,” she told The Forum.

The search went on through the weekend using a team of volunteers from Eagle Valley and foot searchers, aviation and the K-9 Unit of the NYPD. “We are so appreciative of everything that everyone is doing,” said Ingrassia, who also stressed how important it is to let people know that the remains found were not her father.

“While the weather is still with us we have to keep looking,” pleaded Ingrassia, who says that the cocentric search must expand way out beyond the Howard Beach area— quickly. According to the family, they are beefing up efforts in re-establishing contact with hospitals, shelters and bus terminals.

Detective Frank Rodriguez of the Missing Persons Bureau has been assigned the Russo’s case. “As of right now we have done three hospital canvasses and are submitting the fourth.” According to Det. Rodriguez, there is still a good chance that Russo is alive. “Cases with Alzheimer’s patients can be very tricky. We’ve had people turn up all over the United States.” Rodriguez told The Forum one of the patients he was involved in finding turned up in Europe. “You just never know. These people go all the way back in their minds and go where they have something fa- miliar.” At some point he says they are usually encountered by law enforcement officers who perform a background check and start to put the pieces together.

In addition to the search of hospital records, homeless shelters and a complete computer sweep, Rodriguez says he will begin an exhaustive investigation of all the bus routes running through Howard Beach and sur- rounding communities. “We will be handing out more description flyers and talking directly with drivers and people along these routes. We’re going to keep looking,” said Rodriguez. “I just have a good feeling about this one.”
Posted by The Forum Newsgroup at 3:58 PM

Det. Frank Rodriguez Is a true professional and an asset to the NYPD. I had the pleasure of this detective handling my missing child case and not only did he find my child but he always kept me up to date on his investigation.Its true professionals like him that leave a long lasting positive affect of the NYPD on the communities they serve. Two thumbs up detective !!