Stepping Up to the Plate for a Teammate in Need 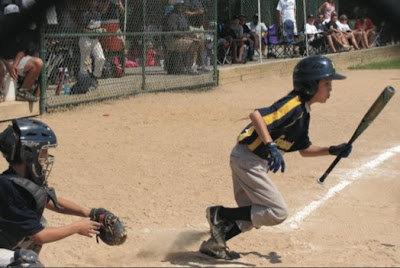 On January 19, 12-year-old Jesse Iacovetta was home alone when his home in Bayside accidently caught fire. His hero that day was firefighter Antonio Velez of Engine 320, who heard the boy’s screams and rushed into the burning house to save him.

Jesse is slowly recovering, and his teammates from the Forest Hills Little League are making sure he gets all the support he needs. They’ve already taken steps to help where they could.

Step one: a brand new iPod Touch to replace the one burned in the fire. Step two: a check for $5,000 to help pay for medical bills.

After hearing about the accident, parents of teammates Yolanda Vega and Jamie Haberstumpf knew they had to help. “When I learned how deeply Jesse was burned, I broke down. This could happen to my son,” Vega said.

The two women started a campaign to raise funds for Jesse’s medical bills, teaming up with Larry Berkowitz, the executive director of the league, to create a fund for Jesse’s medical bills. Berkowitz said most kids start playing in the league when they’re four years old and continue until they are twelve. “We watch them grow up, and we become a family. When something like this happens, it hurts us all,” Berkowitz said.

A “Team Jesse” t-shirt was produced with proceeds going towards the fund. Other fundraising efforts such as bake sales were also coordinated. What started out as an effort between parents of Jesse’s teammates slowly involved the whole community. Vega said local schools, synagogues and churches all started to help once they found out about the fund.

Medical bills are astronomical, but money was not the only thing needed to help the family. Personal belongings that weren’t de- stroyed in the fire were stolen, including $5,000 worth of jewelery, while Jesse’s father stayed with his son at the hospital. In response, the community began donating fur- niture and other necessities—Jesse is now the proud owner of a queen sized bed.

There is a long road of rehabilitation ahead. For now Jesse has to wear special protective gloves and sleeves for most of the day. But on Monday, Jesse was reminded he has a great support system when his teammates visited for the first time and presented their gifts.

Jesse’s father, Billy Iacovetta, was touched by the support he received. “It was amazing. I never heard of a community coming together to help someone out like this,” he said. “The love and support we received was overwhelming. How do you show your gratitude after something like this?”

Billy Iacovetta is hopeful that Jesse’s drive, hard work in rehab and athletic ability, which includes a 2nd degree black belt in taekwondo, will get him back to center field for the Bombers on opening day, April 9.

And that would be more than enough thanks for the community.

Haberstumpf stressed the fundraising efforts are not over, and more help is desperately needed. To purchase a “Team Jesse” t-shirt or for more information about helping Jesse, contact Jamie Haberstumpf at baseballmomoffour@gmail.com

Donations can be sent to the Forest Hills Little League, Attention: Jesse Iacovetta Fund, 66-01 Fleet Street, Forest Hills, NY 11375.
Posted by The Forum Newsgroup at 11:32 AM