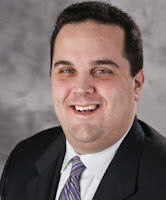 After taking office two weeks before budgetary decisions were finalized, Councilman Anthony Como has included money in the city’s $59 billion budget to support a number of district-based organizations.

Mayor Michael Bloomberg and the City Council agreed on the budget last Thursday, just in time for the 2009 fiscal year, which began on Tuesday. The spending plan maintains the seven percent property tax rate cut for the second year and continues the $400 property tax rebate program for homeowners for the fifth year.

For Como (R-Middle Village), the days after being sworn into office last month were hectic, given the timing in relation to the city budget. However, a number of local civic groups, senior centers and youth organizations have received funding they rely on to operate.

During the two-months of campaigning for the special election, in which he narrowly defeated Glendale Democrat Elizabeth Crowley, Como made funding senior centers and programs a top priority. Throughout the budget process, many residents and community leaders were worried that senior centers would bear the brunt of the reductions. The final budget features a 39 percent reduction in discretionary spending, from $352 million last year to $232 million this year, and the city’s Housing Authority, which helps fund senior centers, is receiving $18 million, much less than the $30 million it requested.

Other general discretionary funding includes $2,500 for the Communities of Maspeth and Elmhurst Together, which will also received an additional $8,000 from other Council members. The Glendale Civic Association gets $3,000 from Como and $3,500 from the Queens Delegation, the Glendale Civilian Observation Patrol will receive $2,500, the Glendale Volunteer Ambulance Corps. gets $2,500 and the Middle Village Property Owners and Residents Association will receive $2,500.

Overall, the city’s spending remained virtually flat for 2009 compared with last year, with the budget’s spending increase of 1.6 percent remaining below the 2.7 percent annual rate of inflation. City schools will receive $129 million more than was proposed in last month’s Executive Budget presented by the mayor, which was a huge source of concern to many officials and residents.

“The news about the economy, and its effects on the city’s finances, continues to be very sobering, and this budget reflects the uncertain economic outlook we face,” said Mayor Bloomberg. “I want to thank Speaker [Christine] Quinn and the Council members for working with us to create a budget that is fiscally responsible and balanced. And in the weeks and months ahead, we will take whatever steps are necessary to keep our budget in balance and keep our city moving forward.”
Posted by The Forum Newsgroup at 4:00 AM