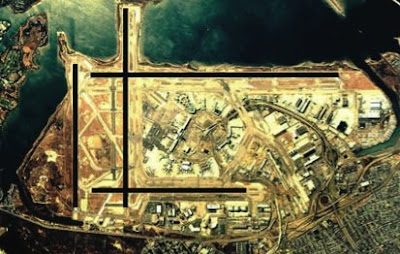 The main runway at JFK Airport – which handled nearly a half million flights last year – will be widened and rebuilt under a $376 million project announced last week.

The Port Authority of New York and New Jersey’s Board of Commissioners voted last Thursday to approve the $376.3 million second phase of the airport’s delay reduction program. As part of the project, the airport’s Bay Runway will be reconstructed and widened by 50 feet to accommodate the world’s largest commercial aircraft.

Work will begin in June and is scheduled to be completed by 2011. The main runway will be closed for 120 days between March and June of next year, at which time the airport’s three other runways will be utilized to their full capabilities to mitigate delays. The main runway measures 14,572 feet long – more than two miles – and handles about a third of the airport’s annual operations, including more than half of all departures.

This phase of the ongoing delay reduction program includes construction of additional access points on nearby taxiways, new taxiways that will improve aircraft queuing and enable swifter departures and easier access from taxiways to terminal gates, which officials say will save time on the ground for every passenger at JFK.

“These projects have a single goal: to give every one of our 48 million annual customers at JFK a more efficient, passenger-friendly airport,” said Port Authority Chairman Anthony Coscia. “This robust investment also is creating construction jobs – more than 1,000 workers in the peak period – which is certainly welcome news in the present economy.”

The runway reconstruction project includes milling six inches of existing runway asphalt and overlaying with 18 inches of concrete, which has a lifespan of up to five times more than asphalt and will provide an estimated long-term savings of $500 million; widening the runway from 150 to 200 feet to accommodate the world’s largest commercial aircraft; installing new runway lighting and electrical infrastructure; and installing new electrical feeder systems and accommodations for future navigational aids.

The materials required for this project includes enough concrete cement to pave every National Football League field to a two-foot depth, and enough asphalt to equal the weight of six Titanics.

Also at its meeting on February 19, the authority’s board voted to increase the luggage cart rental fee from $3 to $5 at JFK, LaGuardia and Newark Liberty airports to fund replacement and improvements to the carts and equipment.
Posted by The Forum Newsgroup at 11:05 AM

This is a very worthwhile project. Concrete lasts much longer than asphalt. All the JFK runways were originally built in concrete during 1947-1959, but were overlaid in asphalt during financially lean times in the 1970s. The old concrete is still down under there and will make a good foundation for the new surface.

The photo in the article is too old; it is from about 1992. Since then, five of the airline terminals have been demolished and replaced, and many other airfield features have changed.