'Vegetables for Seniors' Program Kicks Off 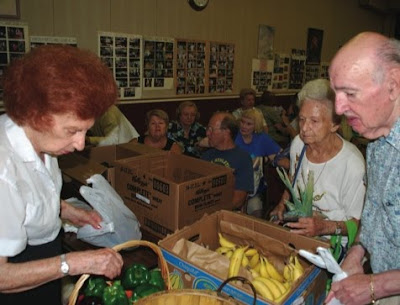 Judging by the rush for free fruits and vegetables at the Middle Village Adult Center, a new initiative to provide surplus produce to local seniors is already a huge success.

Members of the senior center on 75th Street were treated Monday to fresh, locally grown produce that was donated by a dozen local gardeners who inevitably wind up with a surplus of goods and three local businesses. The program, started by Councilwoman Elizabeth Crowley (D-Middle Village) connects growers who otherwise would throw away extra fruits and vegetables at the end of season with residents on fixed incomes.

“I believe Vegetables for Seniors is a community initiative we hope to continue throughout the growing season. It’s a great way for community members to give back to our seniors, who are on fixed income, and to encourage the production of locally grown food,” said Crowley, who hopes to expand the program through the rest of the growing season. “I am proud that our community is finding ways to come together, limit the amount of waste we produce and to improve the community’s quality of life.” 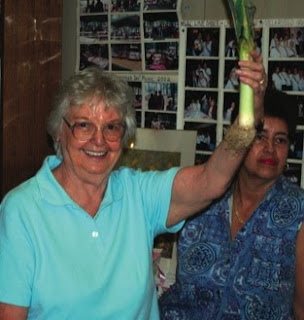 The program kicked off Monday when Middle Village resident Dave Shapiro, who helped organize the effort and donated produce from his garden, stopped by the senior center to help distribute the items. “Every year I have a surplus of vegetables that I either give away or throw away. After all, how many cucumbers can you actually eat?” said Shapiro. “I came up with the idea for giving away the vegetables I could not use to those who could use it, those on fixed incomes: the senior citizens of my neighborhood.”

After coming up with the idea, Shapiro quickly enlisted other local growers. “I found that other people in the neighborhood liked the idea, too,” he said. Shapiro and Crowley hope to continue providing produce to local seniors through the end of the harvest season this fall, with the next Vegetables for Seniors day scheduled for September 14 at the Middle Village Adult Center.

In the meantime they hope to recruit more growers to bolster their supply of produce to distribute to seniors. “What we have today is the start of something even larger to come,” said Crowley. “Who better to bring produce to than our seniors? With the cost of everything going up today it is important to give back.”

As seniors scrambled to get to their hands on the free produce on Monday, Shapiro told them there is only one stipulation: “Take them home and promise me you will eat them,” he urged.

The first Vegetables for Seniors Day at the Middle Village Adult Center was a huge success, with the seniors taking home free produce donated by local growers and supermarkets. The Forum Newsgroup/photos by CONOR GREENE
Posted by The Forum Newsgroup at 3:10 PM