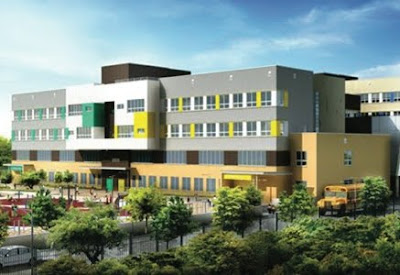 Community Board 5 has overwhelmingly voted in favor of three resolutions to be submitted to the city Department of Education seeking changes to the current plan for the opening of the new Metropolitan Avenue High School in Forest Hills.

At its meeting last Wednesday, the full board voted in favor of the three resolutions that are seeking: a greater share of the high school seats for students in District 24 (the facility will be shared with District 28); a second tier be created so that PS 91 students have the option of enrolling there if the district’s allotment isn’t filled by students from PS/IS 87 and PS/IS 113, which have first chance at the seats; and that the school be opened up to both 9th and 10th graders in its first year, instead of just freshman as currently planned.

The second resolution was the result of concerns that if 125 seats in each grade level were not filled by PS/IS 87 and 113 students, they would then be opened up to students throughout the entire district and borough. The board is seeking insurance that the seats will remain open to Glendale students who attend PS 91 until 6th grade and IS 119 through 8th grade graduation.

The third resolution is being pushed by the board due to the current classroom overcrowding crisis the borough is facing, especially at the high school level. The DOE argues that opening the school up one grade at a time – meaning it will only be filled to 25 percent capacity this fall – is the best way to set the school up for success. However, board members agreed that argument is trumped by the dire need to immediately provide more seats for students throughout Queens.

The only board member voting against the three resolutions was Chairman Vincent Arcuri, who had pushed for the three requests to be contained within a single resolution. The DOE did not respond last week to a request for comment on the board’s requests.
Posted by The Forum Newsgroup at 1:30 PM