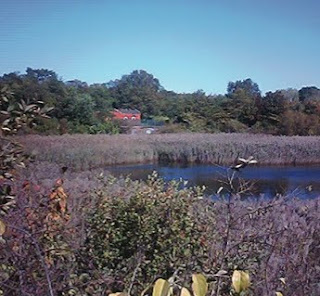 Phase Two Plans to be Unveiled Next Month

The city Parks Department is expected to solicit bids for phase one of the planned improvements at Ridgewood Reservoir in the coming months, but didn’t make any major changes to the plan after hearing from officials at a recent meeting.

According to a statement released by Parks last week, phase one is expected to go out to bid within the next three months. Work in that phase includes replacing existing perimeter fencing around the reservoir’s three basins and upgrading lighting and pathways.

While no changes to the plan were made after a meeting held several weeks ago at the Borough Presidents office, the plan was previously altered in response to input from various local elected officials, according to Parks. Changes include preserving a stairway on the north side, facing access panels to lights away from the walkway and increasing fence height at areas where there are dangerous conditions on the other side.

However, other ideas reportedly raised at the recent Borough Cabinet meeting that have been rejected by Parks include raising the height of the perimeter fencing from four feet to six feet and preserving some of the 19th-century gates that are part of the decommissioned reservoir’s history.

The entire project, which might include filling in at least one of the reservoir’s three basins for construction of ball fields, is being funded by a $26 million budget allocation. The first phase is expected to cost between $7 million and $8 million, and Parks is currently “consulting sister agencies and the state regarding the three conceptual design plans… to ensure there are no regulatory issues with any of the ideas proposed for the site due to its history as a reservoir,” the spokeswoman wrote in a statement.

The three plans – one dedicated to passive recreation, one for active recreation and one combining the two options - are expected to be presented to the community at the end of February or in early March, according to Parks.
Posted by The Forum Newsgroup at 2:20 PM