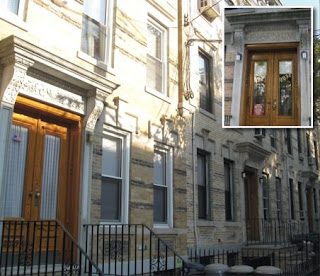 The discussion included complaints of overcrowding at PS 153, the stalled effort to downzone 350 blocks in Glendale, Middle
Village and Maspeth, the proposal to landmark several blocks in Ridgewood and a plan to convert under utilized space at PS 91 into a public park.

The opening of the school year has brought with it complaints about overcrowding at PS 153 in Maspeth. According to Como, the problem is a result of overdevelopment in the neighborhood, in particular the common practice of replacing a single-family home with a multi-unit building.

“When we talk about overburdening our infrastructure, this is it,” said Como. The school is currently attempting to serve
about 1,400 children, about 300 above capacity, said Como. His chief of staff, James McClelland, said there is “no doubt it is over-crowded,” but noted that there is a “discrepancy” as to how many students are currently attending the school.

The obvious solution would be to redraw the boundaries dictating who attends the school, but the councilman admitted that he “doesn’t know how feasible that is going to be,” as it would have ramifications on other area schools. He will have a better idea of possible solutions after meeting with the city Department of Education.

McClelland said that PS 153 serves students within a two-and-a-half mile radius, while most city schools have much smaller boundaries. “It may be possible [to redraw the lines], but a ripple effect might require a comprehensive rezoning of District 24,” he said.

Como met with representatives from Mayor Michael Bloomberg’s office regarding the stalled effort to downzone much of Glendale, Maspeth and Middle Village.

“It is something that probably should have happened a long time ago,” said Como, adding that residents should be frustrated with the lack of progress. “They assured us it would move forward… Everyone’s in favor of it.”

Fortunately, the area appears to have avoided any widespread flooding – often cited as one of the biggest effects of overdevelopment - during several heavy rainstorms over the summer. Como reported that his office “hasn’t been inundated with calls” and said he is meeting with the city Department of Environmental Protection regarding flooding within the district.

The rezoning effort, which includes 350 blocks, was spearheaded several years ago by residents of Maspeth and Middle Village. The volunteers, including many members of the Juniper Park Civic Association, went door-to-door, surveying thousands of properties. When they completed the process in October 2005, Queens Director of City Planning asked the civic group to wait for city certification until Glendale residents completed surveying that area.

Much to the JPCA’s frustration, the downzoning effort has since languished while the Department of City Planning has focused on projects elsewhere. At a JPCA meeting in June, a representative from City Planning said that an environmental assessment must still be completed, and said the effort should resume in September.

Como said he supports a proposal to designate several blocks of homes in Ridgewood known as the Mathew flats. The proposal, which would protect 91 buildings from demolition or major alterations, is currently before the city Landmarks Preservation Commission.

If the commission landmarks the area, which is between Forest and Fairview avenues and Linden and Woodbine streets, the proposal would go to the City Council for final approval. Como expects it to be approved once that happens. “I don’t see it being an issue,” he said. “I think it’s tremendous and am definitely in favor.”

The homes were built between 1908 and 1911 by Gustave X Mathews, with each building containing six units. The building style, which was a radical departure from the notorious tenement houses on the Lower East Side, was displayed at the 1915 Panama-Pacific International Exposition in San Francisco.

A one-block section of Ridgewood on Stockholm Street between Onderdonk and Woodward avenues was designated by the city in 2000. Como said he is also interested in pursuing landmark status for the carousel in Forest Park and sections of Richmond Hill and Woodhaven.

As part of the mayor’s “Schoolyards to Playgrounds” initiative, the outdoor space at PS 91 in Glendale is being converted into a public space open to all residents. However, according to Como, some residents living near the Central Avenue school are concerned about the proposal.

As a result of calls from a few residents on the block, Como met with officials from the city Parks Department, Department of Education, the PTA, Community Board 5 and the school principal. He said the concerns centered on issues such as the hours the park would be open, and aspects of the layout and design such as where the benches would be located. Once the concerns are resolved, Como said the project “would be a great asset for the community,” especially since the city would “come and put money into” the area.

Under the mayor’s plan, 290 schoolyards would be opened to the public between 8 a.m. and sundown and on weekends. The mayor plans on funding a total of about $111 million towards the project over the next eight years. The areas would be maintained by the DOE with assistance from non-profit organizations.

“The real issue is not that people on the block don’t want it fixed them what was going on,” said Como. “The parties are still talking, and there still are issues that have to be resolved.”

Como, a Republican who is being challenged this November for his City Council seat by Glendale Democrat Elizabeth Crowley, said he urges residents to stop by or call his Metropolitan Avenue office with any concerns. “I’m my own worst constituent,” he joked, noting that his office recently successfully pushed a local bank to clean graffiti from its fence. “I try to be proactive.”

Above: Nearly 100 homes in Ridgewood known as the “Mathews flats” are being considered by the city for landmark status.
Left: The city’s plan to convert open space at PS 91 into a public park has concerned some Glendale residents.
Posted by The Forum Newsgroup at 5:00 PM