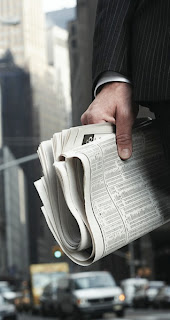 You may or may not have heard about this, but New York-based businesses are not doing so well these days. There was this minor to-do last week about some $700-billion bailout, and such financial-sector luminaries as AIG and Merrill Lynch—both of which are headquartered right here in the Capital of the World—were in serious danger of, well, no longer existing. Luckily, our lame-duck president's mind-blowingly spendy plan promises to patch things up while conveniently leaving the next administration to sort out where all the money went.

But you wouldn't know it in Forest Hills. Not only does our inconvenient location in relation to the Financial District guarantee that the thousands upon thousands of workers who will inevitably lose their jobs disproportionately don't live here, but hey, business is booming. According to a recent report by the Center for an Urban Future publicized by The Daily News, Queens had the largest share of job growth in New York City in the past 10 years, and Forest Hills racked up the biggest numerical increase in Queens, adding almost 8,000 jobs between 1997 and 2007. Long Island City, home to a couple gleaming new office towers completed in that time frame, only added about 5,000.

As residents of Forest Hills, most of us leave in the morning, come home at night, and spend the weekends taking care of chores in the neighborhood, waving at neighbors as we go. This other Forest Hills is a mysterious place—a different world with a different population that inhabits our streets when we leave and vacates when we return. Most of us probably don't even know they're here. Who are these people? Where do they work?

“I would guess medical and banks,” speculates popular local blogger Forest Hills 72, and he's got a point. Banks have descended on Forest Hills in recent years like a plague of green locusts, and most of them have a substantial staff. And as the population ages, new medical offices are always opening.

But even a bank occupying every other storefront on Continental Avenue can't explain all that job growth. No one industry could be responsible for 8,000 new jobs in our little neighborhood in the middle of Queens. And bank branches are essentially just small businesses, albeit small businesses owned and operated by huge, monolithic corporations.

It's more likely that the Forest Hills boom is tied to companies such as JetBlue, an airline that didn't even exist when the Center for an Urban Future report's range begins in 1997 but now employs nearly 10,000, with the Forest Hills Tower on the west side of Union Turnpike as its headquarters. Located approximately halfway be-
tween JFK and LaGuardia airports, Forest Hills is an ideal place for an airline to set up shop. Really, it's a great place for any company to set up shop—a stone's throw from America's biggest financial districts but situated firmly in lower-key Queens, with its far-lower rents, great public transportation and easy access by car to Manhattan, Brooklyn, Long Island and Westchester.

The reasons people want to work in Forest Hills aren't much different from some of the reasons people want to live in Forest Hills, and the way Forest Hills flies under the radar as a dynamic business community isn't much different from its underrated status as a hot residential neighborhood. We might not get noticed on either front, but fanfare doesn't always beget success. Just ask the most glamorous companies in the world's most prominent financial capital.

The writer, Steve Tiszenkel is the host of the Website, Queens Central. Log on to www.queenscentral.com to read more about Forest Hills and surrounding neighborhoods.
Posted by The Forum Newsgroup at 1:30 PM