Politics Unusual: Save and Spend, Serf; Candidates Speak at Un-Debate 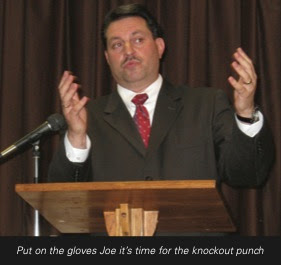 Well there’s still plenty of mail washing up “In the Serf”. Oddly enough all the pieces keep trying to pound the idea of how much money Serf Maltese is saving us in tax dollars.

Truth be told, we’re getting a little bored with these glossy reiterations, so we decided to send a little bit of information down the pipeline about another subject we thought you might find interesting...How Much Money Is Serf Costing Us? Aha! Thought that might catch your eye.

You know the Internet is an amazing place, and for as much nonsense as there is floating around in cyberspace, for the more discerning consumer, there is plenty of real information that is available to those who choose to spend their time looking for tasty little tidbits... SeeThroughNY.net is a delightful little web portal that allows visitors to search government payrolls, contracts, expenditures, and link to additional information and supporting material on other websites.

In other words you can visit this site to find out who, what, where and when your elected officials are spending your hard earned taxpayer dollars on.

For those of you who would rather rely on us for digging up all the news the candidates wish we didn’t find out about and wouldn’t print, here goes the low down on the “stayed too long senator”, Serf Maltese. 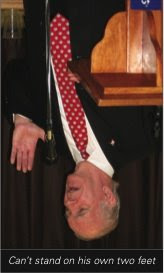 As a point of information, Queens has seven Senators. Five are Democrats and two are Republicans. During the time period covered by the data we found, the five Democrats were Shirley Huntley, George Onorato, John Sabini, Malcolm Smith, and Toby Stavisky. The two Republicans were Serf Maltese and Frank Padavan.

The data shows the tab to staff the offices of the two Republican senators as a hefty
$1,809,710 from October 06 - September 07. By the way, that's without the senator's salaries included. Maltese's office cost us a whopping $933,661.64. Comparatively, the total cost to run the offices of the five Queens Democrats also without their salaries included, was $1,532,075.06. Maltese and Padavan cost us over a quarter-of- a-million more than the five Democrats put together.

Delving into a little perspective, running those two Queens Republican Senate offices also cost more than it did to run five of the Queens Assembly offices, all occupied by Democrats, that cover parts of the Maltese Senate District. Added together, minus
their salaries, it cost us $1,425,523 to run the offices of Assemblymembers Pheffer, Hevesi, Markey, Nolan, and Seminerio. (Of course we didn’t figure the extra $500,000 Tony Seminerio allegedly picked up all on his own).

We were having so much fun that we just couldn’t stop without telling you that Maltese had 36 staff members during the time period covered by this data. Padavan had 27. That's a total of 63 employees who cost us in total, $1,625.555.93. Between them, the five Dem Senators had 11 more employees, but the tab was about half-a-million less. And those five Assemblymembers you might ask... well they cost us a total of $1,228,387 for the 58 employees they had between them.

The point of this you might be wondering...well let’s just say we think that when Sen. Maltese makes it such a big issue to point out how much money he’s supposedly saving us in tax dollars, it may be sort of relevant if he tells us where all those savings are going. From the looks of the figures above it’s easy for us to put our finger on exactly where all the savings went...to his offices.

Really now – when it comes to our money, who should we be calling reckless?

As for the Great Debate for the Senate, it looks like the Howard Beach Civic Forum set up a night of T-Ball for the prospective candidates, where everyone goes home a winner. The crowd was clearly there to state that Joe Addabbo is the “hometown boy of Howard Beach”, however we were a little disappointed to see that once again, Joe took the high road instead of using the issues to show what a “dawg” his opponent truly is.

From where we sit, a debate is supposed to serve up the positions of candidates by having them present their views and also to argue points with their opponents. We were disappointed to see that the pseudo debate hosted by the Civic Fourm did not offer any opportunity for the candidates to oppose each other verbally. We would have liked the chance to see both of these guys face off.

That having been said, perhaps groups sponsoring so-called debates in the future will allow the type of candidate interaction that really affords the audience a chance to see candidates faced with speaking “on-the-spot”.

We’d like to take this opportunity to tell the councilman, who “would be senator”, that it’s ok to point out your opponent’s short comings especially when they are rooted in undeniable fact. Come on Joe, it’s not fair that we have to be the ones to tell the people what a no-show, empty suit you’re running against.

For example, one of his responses at the debate had Serf bragging about his office having the most staff members of any office. We showed you the evidence of how much that staff costs us a few paragraphs ago, but what we didn’t show you was how much more that staff works for our community for all that extra money.

Guess what. We didn’t tell you about it because it doesn’t exist. In fact if we were looking for data to support what Serf’s staff actually does for all that money, we’d be, in the very least, extremely hard pressed.

We hope that no one in the debate audience fell for the story of how Serf’s office settled the dead bunker problem in Shellbank Basin because his version of what happened was, according to those in the know, a real “Fish Tale.”

The bottom line here is that we’re truly very disappointed in a 19-year veteran of the State Senate having resorted to so using so many underhanded tactics and of course the manipulated distortion of the truth to get a leg up in this election. From where we sit, anyone with this long in office should have enough of their own accomplishments to talk about, without having to dish the dirt on their opponent as the sole platform for campaigning.

Maybe the thread of the presidential campaign really rings true here in the 15th Senate District. Change is coming. Thank heavens.
Posted by The Forum Newsgroup at 2:30 PM