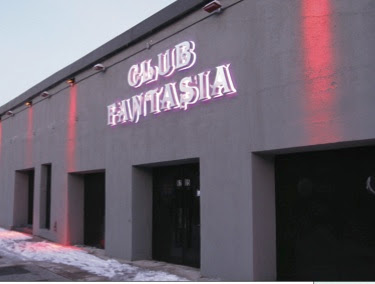 A Ridgewood man has been convicted of murder and attempted murder in the 2006 shooting of two men outside a Woodside nightclub, announced Queens District Attorney Richard Brown.

Victor Gavalo, 26, of 1816 Stephens Street was convicted last Thursday of murder, attempted murder, assault and criminal possession of a weapon by a jury of six men and six women. The panel deliberated for less than five hours over two days following a weeklong trial before Queens Supreme Court Justice Arthur Cooperman.

Gavalo, who is unemployed, faces up to 50 years to life in prison when he is sentenced in Queens Criminal Court on February 6.

“The defendant stands convicted of callously standing in front of a parked car and shooting at its two passengers, who had no place to run or hide,” said Brown. “I hope that the victims’ families find some closure in knowing that the person responsible for shooting their loved ones has now been held accountable for his actions and will probably spend the rest of his natural life in prison.”

According to trial testimony, Gavalo exited a minivan at about 4 a.m. on October 1, 2006 and walked in front of a Honda parked outside of Club Phenomenon at 62-43 30th Avenue in Woodside. He began shooting into the front windshield and passenger side window, striking the front passenger, 22-year-old Ernesto Salgado of Sunnyside at least once in the chest, killing him. Gavalo also shot and critically wounded driver Tony Morales, 24, of Woodhaven, before fleeing in the minivan. He was arrested and charged in the shootings about three months later.

The incident occurred after the victims had left the Fantasia nightclub, which is located in the same 30th Avenue building as Club Phenomenon. Salgado was the third person to be fatally shot outside the club in a three-year period, and the eighth shooting victim overall.

In December 2006, Club Phenomenon and Fantasia were shut in accordance with the city’s nuisance abatement law following a five-month investigation by the District Attorney’s office. Over the course of a year, undercover officers made nearly three dozen arrests there for offenses including gun possession, drug sales and prostitution. That year, the club’s owner paid $15,000 in fines stemming from nearly two dozen citations for infractions such as noise complaints and disorderly conduct.

“Far from being the ‘gentlemen’s club’ it presumes to be, the club has long been a hotbed for drugs, prostitution and gunplay and the subject of numerous complaints – both to my office and the NYPD – from area residents and local officials,” said Brown after the building was padlocked. “Businesses that allow prostitution or other illegal activity to occur on their premises are at risk of being shut down.”

However, the club is preparing to re-open for business this week, according to the district attorney’s office. A billboard on top of the building visible from the nearby expressway advertises the January 16 grand opening of Perfection Upscale Gentlemen’s Club.