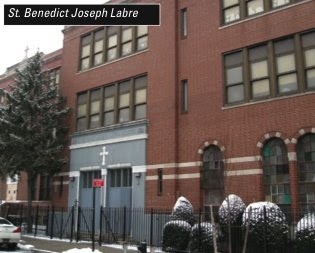 A nationwide trend — most disturbing among the Catholic community’s faithful — remains the steady decrease of enrollment which continues to plague the Catholic school system.

In 1965 at the height of enrollment, Catholic schools topped out somewhere around 12,000. Over the past eight to ten years across the United States however, the Catholic community has borne painful witness to the closing of more than 2,000 of their parish schools.

In the thick of the closure crisis is the Brooklyn-Queens Archdiocese which announced 14 possible closings of Catholic Schools within that Diocese. Slated for closure in Queens is St. Anthony of Padua in South Ozone Park, St. Benedict Joseph Labre in Richmond Hill, St. Catherine of Sienna in St. Albans, St. Aloysius in Ridgewood, and Blessed Sacrament in Jackson Heights.

But what are the core issues responsible for the continued enrollment decrease that hangs over the parish schools formerly seen as a permanent fixture on the education horizon? What is it that could possibly jeopardize the institution of Catholic education and threaten its very existence?

The church has offered the fact that the steady drop in clergy has left them with a tab for replacement lay staff. It’s a big tab at that - including benefits - which has added significant financial burden to the schools formerly operated by nuns and priests at no cost.

Another key factor is the shift of middle and upper-middle class parishioners who have been replaced in the church by Latinos and other immigrant groups who are without the financial resources of affluent parishioners who have since migrated away from Catholic communities. This is especially prevalent in rural areas, where parochial schools attracted low-income families and minority students in an effort to keep them away from public schools justifiably labeled as troubled and potentially unsafe.

Consistent rises in tuition factor heavily in all discussions of why the system is failing. Frustrated parents and advocates for Catholic education point fingers to the damage caused by what is seen by some as the church’s inability to adapt to societal change quickly enough to make a difference. Add these factors to a group not generally noted for their business acumen, and it’s fairly easy to piece together what could bring about the demise of Catholic education as we have come to know it.

According to experts in the field of tracking the downfall of the parochial system and the failure to generate enrollment, it is a common belief that some of the largest inherent problems rest in the traditional governance structure.

For years, the administration of the parish finances and the schools has weighed on the shoulders of parish pastors and priests. Clearly, to wage effective war against the enrollment dilemma, the balance of power needs to be shifted to a body of professional lay volunteers and educators far more qualified to manage ever-changing financial structures and present day requirements for success.

In a five year plan unveiled earlier this week by Bishop Nicholas A. DiMarzio, the Brooklyn-Queens Diocese has released plans for a two-tiered management structure which would shift the financial administration, marketing, recruiting and hiring of principals to a body of lay professionals who have backgrounds with diversified experience and who also demonstrate a strong commitment to the Catholic school model and its preservation. These “lay boards” would be comprised of volunteers and the duties of the pastor or parish priest would be confined to the enrichment of the spiritual community and other religious matters.

According to published statements released by the Bishop, the goal is to set sights on a blend of professionals and lay faculty that operates a successful collaboration with the religious community at large. In his own terms, Bishop DiMarzio called for a “communion of schools and dedicated people.”

In a statement the Bishop said, “When we determined that our schools are operating at only 85 percent of capacity, it became clear that we had to consider why this was happening and how we might reverse the trend.”

Despite all the steps taken to revamp the system, one blaring fact remains — although Diocesan officials are holding their ground that the situation with schools purported to be on the verge of closing will not be formally decided upon until February — the facts and the numbers point to the inevitable loss to be suffered by students and parents when their proposed closures become reality.
Posted by The Forum Newsgroup at 5:03 PM