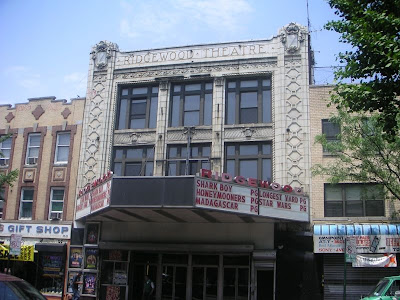 The historic Ridgewood Theater came one step closer to gaining official city landmark status on Tuesday, when a hearing on the proposal was held in Manhattan.

The theater, located at 55-27 Myrtle Avenue, was considered the longest continuously running neighborhood theater in the city, and possibly throughout the nation. However, it abruptly shut its doors in March 2008, ending a run that began on December 23, 1916 when the Thomas Lamb-designed building opened as a vaudeville house. The following year, the 2,150-seat theater was converted into a movie theater.

The abrupt closure and placement of a sign advertising retail space across the building’s marquee caused local historians including Michael Perlman to worry that the historic structure would eventually be lost forever. Perlman founded the group Friends of the Ridgewood Theater and submitted an application to the city Landmarks Preservation Commission to have the building’s exterior granted landmark status.

On Tuesday, the commission held a hearing on the application, with about 20 individuals and groups testifying in favor of the landmark status, according to Perlman. Among those backing the proposal were Thomas Lamb, a great-grandson of the building’s architect who submitted testimony that was read at the hearing, and Mario Saggese, one of the theater’s current co-owners, who testified in person.

Perlman informed the Landmarks Preservation Commission that the building was modeled after Times Square’s long-demolished Mark Strand Theater, which was the first movie palace in the world. “The three-story Indiana limestone and terra cotta façade is highly ornate, incorporating unique geometric patterns, medallions, a frieze, pilasters and proudly boasts the name Ridgewood Theater,” he said. “Theaters are the ultimate public institutions which bridge generations, as they foster community growth and pride, harbor countless memories and often exhibit the work of our country’s most skillful architects.” 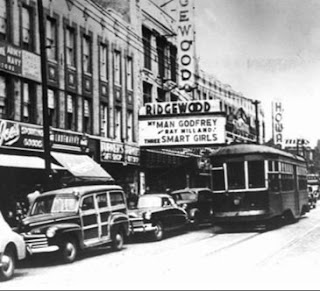 The owners indicated they are planning to re-open the space in the near future with a mix of retail stores and movie screens, said Perlman. “He said they are interested in preserving as many of the individual attributes as possible and adaptively reusing the space while keeping the history in mind. It really floored me to hear that they are not going to just jackhammer away.” On Wednesday, the Associated Press reported that the space will reopen in July with a three-screen cinema and stores.

Thomas A. Lamb said in his written testimony that his greatgrandfather “truly believed that theaters should be… a palace of the common man,” adding that the building provides a sense of the area’s history to future generations. “Untold thousands have watched movies on her screen, and many a first date took place there,” he wrote. “It would be a great loss to the surrounding community for this theater to be torn down or converted to other uses.”

The board is expected to vote on the proposal within the next three months, said Perlman, who is hopeful it will be approved. “It was definitely a very passionate hearing, and I’m confident they will vote in favor of [landmark] designation,” he said. “Official landmark status would contribute to an up and coming neighborhood, and a diverse borough,” he testified. “It would be the crown to a landmark in the eyes of the majority, and would ensure a rare survivor’s longevity for future generations.”

Photos courtesy of Michael Perlman
Posted by The Forum Newsgroup at 12:40 PM