In Wake of Tragedy, a Push to Prevent Unattended Car Idling 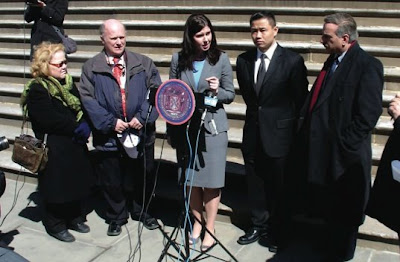 Nearly two months after a man driving a stolen car killed two pedestrians, the defendant has yet to appear in court after attempting suicide, and a local council member has introduced legislation she hopes will help prevent such tragedies in the future. 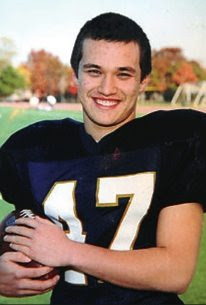 Kenneth Guyear, 27, is facing up to 25 years in prison for running down 16-year-old Robert Ogle (left) and 20-year-old Alex Paul on 80th Street in Middle Village in the early morning hours of February 1. However, Guyear’s last two scheduled appearances in Queens Criminal Court were postponed because he tried to kill himself while in custody, according to his former attorney.

Guyear was admitted to the prison ward of Bellevue Hospital after the suicide attempt following his arrest, said attorney Ruth Addadoo-Johnson of the Legal Aid Society. Since he was just recently released from the hospital and returned to Rikers Island, court appearances scheduled for March 12 and March 19 were adjourned.

Guyear, of Middle Village, is now scheduled to appear in court on April 6. His current attorney, Scott Bookstein, refused on Tuesday to comment on the proceedings against his client. When asked to confirm that Guyear had tried to kill himself, Bookstein responded, “What does no comment mean?”

The tragic events began when Ogle and Paul were walking to Ogle’s house after attending a house party at a nearby friend’s house in Middle Village. Meanwhile Guyear, who later admitted to being drunk, stole a car that was left running outside a Woodhaven Boulevard deli. Just minutes later, Ogle and Paul were lying dead in the middle of 80th Street, only blocks from their destination. 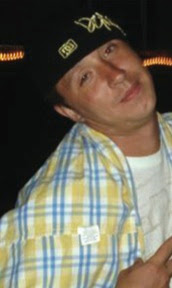 Currently, the fine for leaving your car running while its unattended is just five dollars, according to Councilwoman Elizabeth Crowley (D-Middle Village). In hopes of discouraging others from leaving their vehicles open to theft, she has introduced legislation to raise the penalty to $250. Crowley was joined by Robert Ogle’s parents, Brendan and Mei, and Council Members John Liu and David Weprin on the steps of City Hall on Tuesday to announce the legislation.

“A few weeks ago, a seemingly avoidable tragedy struck my district,” said Crowley. “Sadly, the deaths of the two young men… may have been avoided if a man had not left his car running while shopping in a store.”

Liu, who chairs the Transportation Committee, noted that another similar tragedy occurred weeks before Ogle and Paul’s death when an unoccupied van was left in reverse, causing it to jump the curb of a Chinatown sidewalk. The van rammed into a group of preschool students, killing two and injuring at least 11 other people.

“Unattended idling vehicles pose a substantial danger to the public,” said Liu. “The danger has been brought to light by recent tragedies where vehicles have gone into motion without anyone in the driver’s seat… We must simply shut the engine off.”

Ogle was a junior at Brooklyn Technical High School, where he played football and aspired to be a journalist. Paul lived in Cypress Hill, Brooklyn and had met Robert that night at a mutual friend’s party.

Robert Holden, president of the Juniper Park Civic Association, attended Tuesday’s press conference and it “good legislation” that could save lives. If an unattended vehicle is stolen and then used during a crime, Holden thinks there should be both criminal and motor vehicle penalties incurred. “There has to be some kind of responsibility because you obviously are making it easier for criminals,” he said.

In partnership with the new law, Council Member Crowley is working with Council Member John Liu to implement an awareness campaign to prevent people from leaving their cars running while unattended. “Leaving your car running and unattended seems like a minor, careless mistake, but all New Yorkers must understand that it is irresponsible, dangerous and potentially deadly,” said Crowley.

The Queens District Attorney’s Office didn’t respond to several messages regarding the status of the case against Guyear.
Posted by The Forum Newsgroup at 12:55 PM