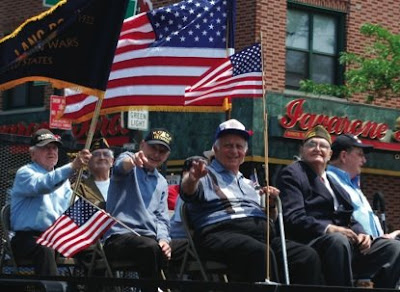 Thousands of residents packed streets throughout Queens for annual Memorial Day parades and ceremonies, including along Grand Avenue in Maspeth, Myrtle Avenue in Glendale and Ridgewood and Metropolitan Avenue in Forest Hills.

In Maspeth, the community celebrated Memorial Day on Sunday with a parade for the 25th consecutive year, followed by a ceremony at Maspeth Memorial Park. Justice Charles Markey was this year’s grand marshal, and Cpl. Abe Kleiner, U.S Army Ret. WWII, was presented the Maspeth Veteran Award. In addition, St. Stanislaus Girl Scout Troop #4311, which pushed for the revival of the annual parade 25 years ago, and essay contest winners from local schools were also honored at the ceremony.

Pat Toro, president of the United Veterans and Fraternal Organizations of Maspeth, reminded those in attendance that “veterans continue to make the ultimate sacrifice. It is important for us to remember and honor those who could not return… Thank you for remembering, and to the veterans here today, I salute your service.” 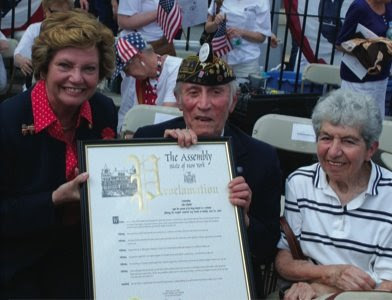 A similar scene unfolded the following day along Myrtle Avenue in Glendale and Ridgewood, followed by a ceremony. Former State Senator and veteran Serf Maltese reminded the crowd that most World War II veterans are now between 85 and 87 years old and “unfortunately are passing on at a very high rate.” He reminded residents to “express your appreciation for what they did” for our nation.

Also on Monday, the American Legion Continental Post 124 in Forest Hills held its annual parade, followed by a ceremony at Remsen Memorial Park “to honor those who served our country in the defense of liberty for all.”