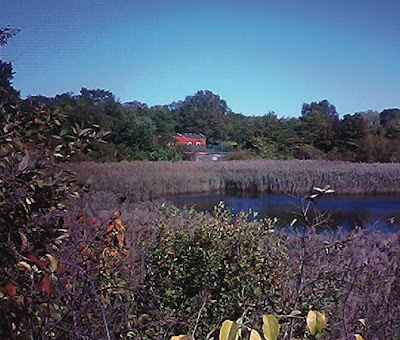 With the city struggling to close a $1 billion budget gap, even one of the mayor’s pet projects – the renovation of eight large parks across the five boroughs – is facing a major setback due to proposed funding cuts.

As part of Mayor Michael Bloomberg’s sweeping PlaNYC, the Parks Department embarked two years ago on a $386 million plan to remake eight under-utilized facilities into destination parks. As part of the initiative, $50 million was earmarked for improvements to Ridgewood Reservoir, which is located within Highland Park on the Brooklyn-Queens border.

However, with every city agency facing budget cuts, Parks has been forced to scale back its funding for five of the eight projects – including Ridgewood Reservoir - from a combined $206 million to $102.9 million. The $50 million set aside for the reservoir has been reduced to $19.8 million, according to a Parks spokesman.

“As part of New York City’s response to the fiscal crisis, the Parks Department has restructured its capital plan,” wrote spokesman Philip Abramson in a statement, adding that the “planned reductions are not final until the budget is adopted by the City Council.”

The reduction for Ridgewood Reservoir will be spread out over six years, and a new phasing strategy will be created if the funding is not restored, said Abramson. The first phase of the project recently began and includes new lighting, steps, benches and perimeter fences to improve safety and accessibility at the reservoir. Mark K. Morrison Associations of Manhattan was awarded the $7.7 million contract for that work, and is also in the process of creating three proposals for the future of the property’s three basins.

That $7.7 million has already been allocated and is not included in the $19.8 million remaining for Ridgewood Reservoir, according to Steve Fiedler, who is chairman of Community Board 5’s Parks Committee and opposes development of ballfields.

Gary Giordano, district manager of Community Board 5 in Queens, stressed that it is “very important” that phase one proceed “As far as the cuts go, one problem is that the funding for [Ridgewood Reservoir] may have been cut more so than for other destination park projects, so that’s an issue,” he said. “The truth of the matter is, I still think we can probably get a lot done with the remaining funding, and I think that’s what we need to look at.”

At listening sessions held over the past few months, many participants pushed for a plan that involves preserving the basins instead of building ballfields there, according to attendees. Some residents have argued that the money should instead be used to renovate the existing baseball fields in Highland Park, which have fallen into disrepair. In his statement, Abramson noted that ballfields have been requested by community groups such as the East Brooklyn Congregations.

However, a study by the group Highland Park-Ridgewood Reservoir Alliance, which is pushing for the three basins to be preserved, showed that permits were issued for the existing ballfields for just a fraction of the available time during the past two years. “These results are especially disturbing given that Mayor Bloomberg is willing to spend $40 million dollars on a project that nobody in the community wants, is unnecessary, but more important, is at a time when he is also discussing closing firehouses and cutting the budget for the NYPD,” the group wrote on its site, ridgewoodreservoir.blogspot.com.

In response, Parks argued that pickup games allowed there when the fields are not reserved are “unaccounted hours of ball field use.” Highland Park serves “some of the city’s areas with the least amount of green space,” said Abramson in a statement. “Frequent use of existing ballfields indicates a need and demand for field space, which also does not account for the hours of pickup games that are allowed when the fields are not [reserved].”

Still, Fiedler questioned the motives of the East Brooklyn Congregations and doubts their claims that they cannot secure time at Highland Park’s existing fields. “His organization is pushing for fields at the top of basin three on eight acres, for what reason God only knows,” he said. “I hate to say that someone is lying for political gains, but the proof is in the pudding,” he added regarding the field usage.

The funding cut could have a silver lining for preservationists, as it may restrict Park’s ability to develop ballfields there. As the Ridgewood Reservoir Alliance noted on its website, “Perhaps leadership within the parks department will make an astute observation and come to the conclusion that they could use the remaining funding to fix up Highland Park proper. Better yet, a project to maintain and upgrade the current fields so they could finally be used more frequently and by more people. Nah…”

Fiedler called the funding cut “a double edge sword” since it would also require “a lot of funding” should Parks agree to move forward with a plan to preserve the reservoir. “It could be good news, but it could be detrimental too because you need a lot of work to make that a nature conservancy… Maybe they will realize they can’t build ball fields.”

Giordano agreed that the funding cut “would diminish the opportunity to build ballfields within one of the basins.” He is pushing for “improvements to the existing ballfields at Highland Park sooner rather than later [to] give them better ballfields and diminish the need to build anything in the Ridgewood Reservoir.”

In its statement Parks said that the city “remains committed to historic levels of investment in the Parks system under PlaNYC, the mayor’s far-reaching plan to fight global warming and create a more livable city.”

Despite the reduction, the department’s “historic $2 billion capital plan is an all-time high,” noted Abramson. “Even as we restructured to respond to the fiscal crisis, we are still building more parks than at any time since the 1930s, with 844 projects currently underway citywide. To ensure that all New Yorkers have access to high-quality parks, we made strategic choices so that no area was disproportionally impacted.”

Councilwoman Elizabeth Crowley (D-Middle Village) called this week on the Mayor and Parks Department “to do the right thing for Western Queens and not cut the $50 million allocated to restore our city’s lost reservoir.” She added that, “despite these tough budget times, we have an opportunity to invest in the Ridgewood Reservoir and Highland Park to create a place where we can learn about preservation and conservation for future generations.”

Parks held three listening sessions over the past few months to gain feedback as to how the reservoir should be developed. However, a meeting scheduled for last week to unveil the results was postponed after the funding cut was announced. No new date has been announced, and Parks has not said how the funding cut will impact the input collected from the public.
Posted by The Forum Newsgroup at 1:40 PM