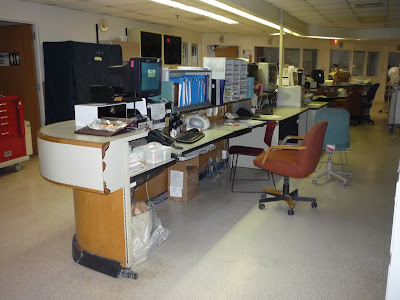 The closing of two borough hospitals earlier this year and the recent swine flu outbreak have resulted in a healthcare crisis in Queens, warns city Comptroller William Thompson.

In a report issued on June 1, Thompson charged that hospitals in Queens, especially in the central and eastern portions, are in a “state of crisis” as their emergency rooms struggle to cope with a “torrent of patients amid H1N1 virus worries and the closures of St. John’s and Mary Immaculate hospitals” in February.

Thompson was joined by Queens Borough President Helen Marshall in front of Jamaica Hospital Center to bring attention to the growing crisis. Jamaica Hospital is among those facing a spike in patients as flu concerns have grown in recent weeks. A study by Thompson found that “emergency rooms are being flooded with patients, many who must now await admission, ambulance turnaround times are rising, and medical professionals are facing extraordinary challenges in their ability to provide care.”

Marshall, who first warned of the imminent closures of the hospitals at her State of the Borough address in January, noted that the state Department of Health has closed four borough hospitals in recent years, including Mary Immaculate and St. John’s, which combined accounted for about 50,000 emergency room visits each year.

“Short term funding from the state was targeted for equipment and infrastructure expansions, but did not address the need for additional healthcare professionals, especially nurses,” said Marshall. “Comptroller Thompson is right when he says that emergency rooms in Queens are in crisis. I warned the Governor’s office that the hospital system in Queens would not be able to handle a major emergency.”

The findings of Thompson’s latest study on the impact of hospital closings and the swine flu outbreak included:

•The number of emergency room patients at the surrounding hospitals soared right after St. John’s and Mary Immaculate hospitals closed earlier this year. For example, from mid-February to the end of March, there were 20 days when Jamaica Hospital’s emergency room exceeded 350 patients, versus only two such days during the same period in 2008.

•Ambulance turnaround times – the amount of time from arrival at the emergency room until the ambulance is free to make the next call – increased significantly at Jamaica, Queens and North Shore University-Forest Hills hospitals.

•A Queens Hospital Center emergency room doctor with more than two decades of experience told the Comptroller’s office that he now sees 35 patients per shift compared with 20 before the two closures, that the conditions at the hospital have become a “living nightmare,” and that “the state of emergency medicine in Queens is the worst I’ve seen in my career.” His observations echoed other physicians, some of whom spoke of an overwhelming added patient load.

Thompson faulted the state DOH and city Department of Health and Mental Hygiene for “failing to acknowledge the deteriorating financial condition of Mary Immaculate and St. John’s hospitals in a timely fashion and failing to put in place a plan to address the impact of the closures.” After bailing out troubled healthcare provider Caritas, which owns the two closed hospitals, for the past several years, the state refused to provide any additional funding, leading to the closures in February.

“What we are seeing now is a crisis in the hospital and healthcare system in Queens, a version of which may very well spread to the other boroughs if H1N1 virus outbreaks appear in other neighborhoods,” said Thompson. “To be sure, while the timing of H1N1 virus itself was not foreseeable, the likelihood of some event of a similar nature causing a sudden surge in demand was both foreseeable and inevitable.”

Thompson offered a number of recommendations, including that individuals with flu symptoms should be triaged at ambulatory care facilities, the necessary resources to deal with emergencies should be activated, loans and working capital should be provided to cover expansion costs, data on emergency room utilization should be made public, hospitals should be staffed-up to meet increased demand, and gaps in service created by closures must be identified.

“The City and State need to pull key healthcare providers and other stakeholders together immediately to share information, identify patterns and develop solutions to address the current surge in demand stemming from the H1N1 virus,” said Thompson. “If the State Department of Health had begun planning in December 2006, as I suggested, it is likely that much of the current impacts in Queens could have been minimized or avoided entirely.”
Posted by The Forum Newsgroup at 1:50 PM