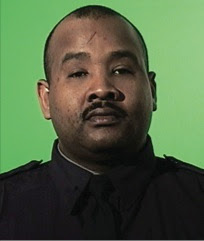 The police officer who was accidentally shot while frisking a suspect during a domestic dispute investigation in Ridgewood is at home and recovering.

Officer Rodney Lewis of the 104th Precinct was released from New York Hospital on Tuesday and is expected to recover from a gunshot wound sustained early Sunday morning when a suspect’s gun discharged while officers were frisking him.

The incident occurred at about 4:50 a.m. when Officer Lewis and his partner, Officer Mark Bublin were canvassing the area after receiving a report of a domestic dispute at 18-18 Menahan Street. The officers were looking for a Hispanic man who was involved in the incident and saw an individual matching that description walking down the block.

The officers ordered the man, identified as 33-year-old ex-convict Edwin Santana, to stop and placed him against a wall to pat him down, according to Deputy Inspector Green. As he was searching Santana, Officer Bublin felt a gun on the left side of Santana’s waistband. As the officer was removing the gun, Santana quickly turned around and faced him, causing Officer Bublin to drop the weapon. After hitting the ground, the gun discharged a single round which struck Officer Lewis on the left side of his chest. The bullet struck Officer Lewis just above his bullet proof vest and lodged under his skin but did not penetrate his chest.

Officer Bublin immediately turned Santana around and handcuffed him as Officer Lewis said he had been shot. Officers placed the injured cop in a squad car and rushed him to Wyckoff Heights Medical Center. He was later transported to New York Hospital before he was released on Tuesday. Officer Lewis, 40, is a four-and-a-half year NYPD veteran and former city Corrections Officer who lives in Freeport, Long Island with his wife and three children.

Santana, who has no known address, was arraigned Monday on charges of assaulting a police officer and criminal possession of a weapon and faces up to 15 years if convicted. He was not charged with attempted murder because he did not shoot the officer on purpose, according to authorities. He was ordered held on $100,000 bail and is due back in court on August 18.

The problem began when a local transsexual who calls herself Hazel Campana got into an argument with her boyfriend Carlos Berrios. Campana, who was born a man, called Santana, who is her ex-boyfriend, and asked him to come to the house to help her. Officers then arrived on the scene to find Santana walking down the block away from the house. Berrios fled before officers arrived and wasn’t involved with the shooting but is wanted in connection with the initial domestic incident.

Deputy Inspector Green said he got the dreaded phone call less than an hour after Officer Lewis was shot. He said the incident was especially dangerous because of the weapon involved - a 32-caliber long revolver that authorities say is about 70 years old. “Miraculously, he’s okay – he was hit in a vital part of the body,” he said. 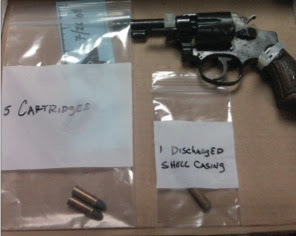 Shortly after the incident, NYPD Commissioner Raymond Kelly and Mayor Michael Bloomberg arrived at Wyckoff Hospital to check on the wounded officer. The mayor used the shooting to highlight the progress the city has made over the past seven years fighting domestic violence.

“Six or seven years ago, there were many so-called experts who felt that crime could not get any lower in New York City. Somedoubted we could even hold the line against crime. Few thought it could fall further – especially in some of the more stubborn elements facing our society like domestic violence,” said Mayor Bloomberg. “But instead of listening to naysayers, Commissioner Kelly… attacked the challenge of fighting domestic violence crimes that so often happen behind closed apartment doors.”

Domestic violence related murders have fallen by 32 percent over the past six years, and all domestic violence crime is down 25 percent in that time, according to the mayor.

“But one thing hasn’t changed – and that’s the men and women on patrol for the NYPD fighting the plague of domestic violence in our city,” added Mayor Bloomberg. “Our gains would be impossible without them. And thankfully today Officer Lewis did not fall in the line of that battle.”

Mayor Bloomberg also touched on the city’s battle against illegal handguns. “Illegal guns kill cops – plain and simple. There is no conceivable scenario in which he could have legally possessed a firearm, let alone concealed it on his person,” he said. “The best news that I have this morning is that the prognosis for Officer Lewis is that he will fully recover from his wounds and I think he’s just another example of a man or woman who puts their lives on the line every day to protect the rest of us.”
Posted by The Forum Newsgroup at 2:40 PM