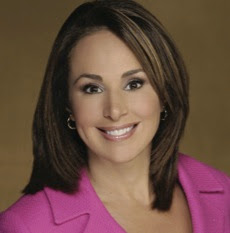 Will Serve as Female Grand Marshall for '09 Parade

“I am so excited to serve as Grand Marshal of the Howard Beach Columbus Day Parade,” said Scotto. “I love celebrating being an Italian-American. The parade is a wonderful way to remember the accomplishments of so many people in our community and to make new friends.”

“Her accomplishments as a broadcast journalist/anchor speak clearly of her dedication to the public and her concern for community,” said Foundation President Mario Faulisi. “Rosanna is an Italian-American mother, wife and a successful broadcast journalist and businesswoman who represents a wonderful role model, especially for kids growing up in neighborhoods like the one in Brooklyn where she was raised. The Foundation is honored that she accepts our invitation.”

Rosanna Scotto has been a member of WNYW-FOX 5 News since 1986. She has presented with John Roland, Len Cannon, Lyn Brown and Ernie Anastos on the 5 and 10 p.m. News and current co-anchor Greg Kelly on the weekday morning editions of FOX 5 News.

Scotto began her career in television at WTBS, Ted Turner's UHF television station in Atlanta, where she was a reporter for two local programs and an associate producer of the station's evening newscast. She returned to her native New York in the early 1980s as a reporter for WABC's "Good Morning New York," which eventually became "Live with Regis and Kathie Lee." After a year with "Good Morning New York" and "The Morning Show," Scotto joined WABC-TV's "Eyewitness News" as a reporter, where she remained until she joined FOX 5.

Having covered many major stories in the tristate area, her assignments have also taken her to Israel, Rome and across the United States. As a reporter, she won an endless string of coveted assignments including the first exclusive interview with Diana Bianchi, the other woman in the Christie Brinkley divorce case, the Woody Allen/Mia Farrow child custody battle, the notorious "Preppie Murder Trial" and the trials of Joel Steinberg and the "Swiss Nanny." Scotto also led FOX 5 news to the forefront in getting Marty Tankleff a new trial and was granted an exclusive interview with him in jail.

Scotto has received a host of honors and awards for her community service work. She is a graduate of Catholic University and holds a bachelor's degree in fine arts. Born and raised in Brooklyn, Scotto lives in the New York area with her husband and their two children.
Posted by The Forum Newsgroup at 2:25 PM