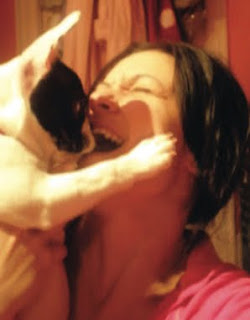 A happy ending to the story of a young woman and her 5-month-old French bulldog who went missing almost two weeks ago. Lola was returned to her owner last Thursday, after a woman called to say she had the dog and wanted to bring her back.

Lola escaped from the house through the front door and was taken to a pet store in Forest Hills, Metro Puppy. An employee at the store took in the dog and gave her away for adoption without taking any identification.

Lilliana Intrabartolo, Lola’s owner, says that although she was angry over the fact that someone gave her dog away initially, she was just relieved to have Lola home. “I couldn’t deal with it at all,” said Intrabartolo. “I couldn’t eat. I couldn’t sleep.”

Now she says she just want to put everything behind her for right now and concentrate on getting Lola through extensive eye surgery to remove a hair cell in her eye threatening her sight. “It feels like a thousand pound weight was lifted off my shoulders. I just couldn’t be happier.” Lilliana said the woman who returned Lola was given a $500 reward.

Animal activist and founder of Four Paws Sake, Phyllis Taiano says she’s very glad about Lola’s return but says she will continue investigating the improprieties of the situation concerning Lola’s being given up for “adoption” at Metro Puppy. “We can’t allow irresponsible behavior. Lilliana is very lucky to have gotten Lola back, but there are a lot of pet owners who would not be so lucky. It is for the sake of those animals that we must adhere to tight control.”
Posted by The Forum Newsgroup at 12:50 PM

Email ThisBlogThis!Share to TwitterShare to FacebookShare to Pinterest
Labels: glendale