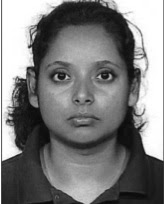 On June 15, 2009, neighbors were shocked as rescue workers carried a lifeless baby boy out of Krystal Khan’s Ozone Park home, which doubled as a daycare center. On Tuesday, Khan, 30, was convicted of reckless assault of a child by a child daycare provider and endangering the welfare of a child.

Before the incident most neighbors felt she did a good job taking care of children.

“This is all very upsetting. I checked this place out for my own child about two years ago,” neighbor Billy Caires told The Forum in June 2009. Caires said the house seemed to be clean and in order.

According to trial testimony, on the morning of June 15, 2009, Khan took Nyquil before being entrusted with the care of 11-month-old James Farrior—even though she knew Nyquil causes drowsiness. It was further alleged that Khan kept a bucket with around six inches of water unattended in the kitchen.

Khan then fell asleep, leaving Farrior and her own three and four-year-old sons alone. Later in the morning, her four-year-old child woke her up, and Khan discovered the baby drowned in the bucket of water.

“As a caregiver with sole responsibility for the life and safety of a young child, the defendant had an obligation to provide a safe environment, to be vigilant and to stay with that child at all times,” said Brown. “The defendant must now live the rest of her life knowing that by failing to act responsibly her actions resulted in the death of a child and robbed that child’s parents of seeing their baby grow up.”

Khan faces up to four years in prison, and sentencing is scheduled for March 28.
Posted by The Forum Newsgroup at 11:50 AM