Ridgewood Home to Some of City's Worst Buildings 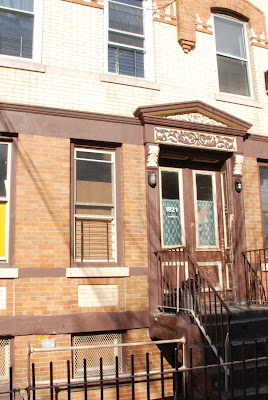 Landlords can make a tenant’s life miserable. Violations that are ignored, such as mold and vermin can transform a nice apartment into a potentially dangerous living situation. The city Department of Housing Preservation and Development (HPD) is using a 2008 program to put pressure on landlords and owners to fix their buildings.

The Alternate Enforcement Program (AEP) was signed into law in 2007, and since 2008, the HPD targets the city’s 200 worst multifamily buildings. This year, the program was amended to include more buildings with more than 20 units.

The HPD released their list of the 200 worst buildings of 2011 last Thursday. Seven properties in Queens were included—four are in Ridgewood:


“We call these the ‘worst’ buildings for a reason,” said HPD Commissioner Rafael Cestero. “For the families who call these ‘Terrible 200’ buildings home, the conditions pose a real threat to health and safety—not only to the tenants, but to the neighborhood as a whole.”

At 18-21 Cornelia Street, a three-story building with six units, there are 127 open violations. These include the proper termination of bed bugs and roaches on the third floor, obstruction of fire escapes, missing or broken carbon monoxide detectors and lead paint violations.

The building at 555 Fairview Avenue, a two-story building with four units, has 79 open violations. A sample of these violations include a water leak on the ceiling of a first floor bathroom, lead paint, no hot water for the first floor and a foul odor emanating from the cellar.

There are five violations open at 17-36 Greene Avenue, a two-story building with four units, mostly from lead-based paint concerns.

And at 10-48 Wyckoff Avenue, a three-story building with three units, there are 35 open violations. There is an uncapped radiator on the first floor and a disconnected radiator on the second floor. It has also been cited for a defective wood floor and missing smoke detectors.

Buildings with more than 20 units are eligible to be entered in the AEP if they have three or more open hazardous or immediately hazardous violations per unit and owed the city $5,000 or more from the HPD’s Emergency Repair Program (ERP). The ERP allows the city to correct hazardous conditions in build- ings and charge the owners for the work.

Buildings of between three and 20 units must possess five or more hazardous violations per unit and ERP charges of $2,500 or more.

The four buildings are within Community Board 5, and District Manager Gary Giordano questioned if the city has enough power to force building owners to comply.

“Four months is a long time for necessary repairs, especially if it’s a plumbing, roof or electrical repair,” Giordano said.

Giordano said the vast majority of landlords want to keep their property in good standing,
but the board has received its fair share of problematic landlords. “In certain situations, the landlord seems to be milking the building for rent money. But some don’t have the financial wherewithal to fix the situation,” he said.

Meanwhile, tenants of the four Ridgewood buildings will have to wait and hope that their owners take the AEP designation seriously.

Ty Calderwood, who works for Harry Horrowitz, the property manager of 18-21 Cor- nelia Street, said the company is working to correct the issues. He noted that the property is in foreclosure and that they inherited many problems slowing the repair process.

“Ninety percent of repairs are done,” Calderwood said.
Posted by The Forum Newsgroup at 11:43 AM