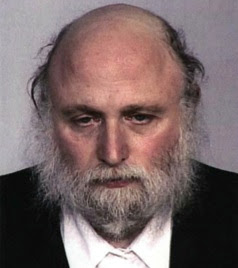 After pleaded guilty to molesting a 10-year-old boy who visited his Kew Gardens Hills bakery, a Brooklyn man has been forced out from his ownership position by a local Jewish group.

Issac Ebstein, 50, of 415 Bedford Avenue, admitted in Queens Supreme Court last week to inappropriately touching the 10-year-old, who used to go to Queens Kosher Pita for cookies, according to District Attorney Richard Brown. On Tuesday, he was sentenced to one year of probation and weekly sex offender counseling.

Last Friday, Ebstein pleaded guilty to first-degree attempted sexual abuse and attempted endangering the welfare of a child. According to authorities, Ebstein admitted to driving around Queens, during which time he touched the victim’s genitals and forced the boy to touch his. The abuse took place on three occasions over a two-month period in 2002 and came to light when the boy told his parents.

“The defendant has pleaded guilty to having taken advantage of the innocence of his young victim. As a result, the child has been severely traumatized and emotionally scarred for life,” said Brown. “Fortunately, the defendant's guilty plea will save the youngster from having to testify and recount the situation he endured.”

Under the plea with prosecutors, Ebstein will not have to register as a sex offender. While published reports stated that Ebstein would be returning to work at Queens Kosher Pita over the weekend, the Vaad Harabonim of Queens – which provides kosher certification for the business - has forced Ebstein from his ownership position at the Main Street bakery.

In a statement, the Vaad announced that officials hand-delivered a letter to Queens Pita demanding that “by the close of business on June 12, Ebstein shall neither work, nor be present in the store in any capacity whatsoever.” In addition, the letter ordered Queens Pita “to remove Ebstein as an owner, shareholder, officer, director and/or partner, and provide written evidence.”

The Vaad was contacted by the victim’s family and had two senior members in court to witness the guilty plea. According to the group, the Kosher Supervision Agreement it has with Queens Pita “provides that the Vaad has the discretion to terminate the contract upon the conviction of any crime of moral turpitude committed by a store owner or director.”

The decision to order Ebstein’s withdrawal as an owner and employee was made jointly by the Vaad and local Kew Gardens Hills congregational rabbis in a special meeting, and in consultation with legal counsel, according to its press release. It notes that Queens Pita owner and proprietor Norman Kohn had complied with Vaad’s directive.

“As part of the turpitude clause in our agreement with the store, the Vaad reserves the right to revoke the certification in cases such as these. Ebstein has resigned from any relationship with the store,” wrote Rabbi Chaim Schwartz in an email.

An employee who answered the phone at Queens Pita on Tuesday said that Ebstein is no longer an owner or employee there. A message left for Kohn was not immediately returned.
Posted by The Forum Newsgroup at 2:15 PM