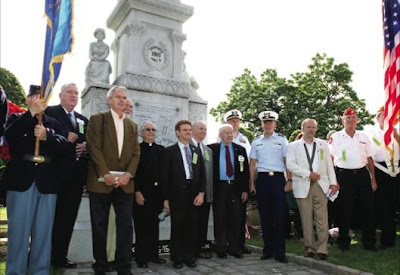 As they do every June, this past Saturday a group of community leaders remembered the General Slocum disaster of 1904, when the passenger steamship caught fire while carrying approximately 1,300 passengers up the East River. The tragedy happened when a fire started in a storage compartment near the front of the ship as it was passing E. 90th Street. Efforts by the crew to put the fire out were unsuccessful, and life boats were tied up and inaccessible to passengers. Making matters worse, many of the passengers were women and children who did not know how to swim. By the time the captain navigated the boat to North Brother Island near the Bronx shore, an estimated 1,021 passengers had died in the fire or drowned trying to escape the boat. Two of the 30 crew members died, and there were just 321 survivors. 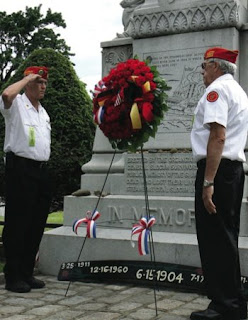 This past Saturday, about 100 local residents attended the ceremony at All Faith’s Cemetery in Middle Village, where many of the unidentified victims were buried. Among those attending were members of the Marine Corps League of North Shore Queens and Coast Guard officials. Also participating in the ceremony was Dan Austin, president of All Faiths, Robert Holden, president of the Juniper Park Civic Association and former State Senator Serf Maltese.