Holding on for Hope 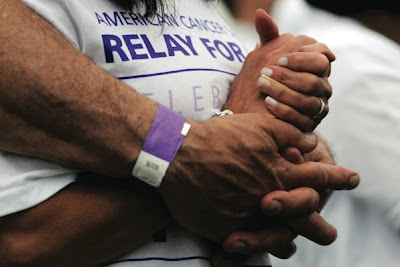 “Cancer is a dangerous enemy. No matter how strong you are, you can’t fight it on your own. Every person fighting cancer has to remember no matter how great the obstacle is you just keep going.”

And that’s exactly what Howard Beach Relay honoree and cancer survivor, Mario Faulisi did to win his battle with cancer. Back in April of 2008, Faulisi read an article about Testicular Cancer Awareness in The Forum. He knew from the words on the page that he had a problem—a big one. But even the warning was not quite enough to prepare him for what lay ahead — the diagnosis of a rare and aggressive form of lymphoma that was reproducing in a tumor at the rate of 90%. To further complicate the issue, the malignancy had settled in a testicle that would require immediate surgery and removal. 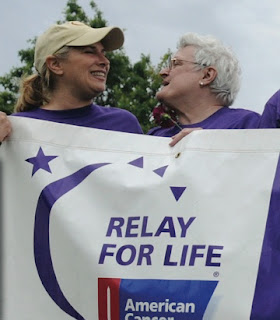 The prognosis following surgery was dire. An extensive regimen of the chemotherapy drug R-CHOP, one of the most taxing platforms used to treat aggressive disease. Additionally, there was a series of intrathecal injections, which go directly into the spine in an attempt to keep the disease from spreading to the brain. At the end of the chemo there would be a course of radiation.

“Of course I was frightened,” said Faulisi. “If you really think about it, you have no choice. If you want to live, you have to fight and hope you win.” His battle was staged at Memorial Sloan Kettering Hospital where medical oncologist/hematologist Dr. John Gerecitano and his team guided Mario and his family though the grueling ordeal. “There is so much you have to deal with at a time when you are so sick,” Faulisi said. “The hardest thing is watching everyone around you. You know how much they love you and you know how much they want you to get better. Sometimes it makes you sad, but in the end, it’s what gets you through.”

And during his speech at the event, Faulisi returned again to the subject that has always been at the forefront of his fight back--family and friends. The ones he says that stood by while he lost his hair, waited for test results, went with him for treatments, prayed constantly, cooked his favorite foods and most importantly who never gave up hope—in him or in God.

“The help and the support of all my friends is something I could never put a value on. Cherish your caregivers, they are your lifeline,” Faulisi continued. “Love your friends and family and let them love you. The way my mother, my sister, my brothers and my whole family were always there is what has brought me to this place.”

Through his tears he continued, “This has not been easy for a lot of people. And for some it was much harder than it was on me. I want my children to know that my love for them is what really keeps me alive. To my wife, I can only say that without you always there to hold me up I would not be standing. Grace you are the best.”

Now just over a year later, Faulisi has completed his treatments and has been declared cancer free. He was recognized as an honoree by the American Cancer Society for his fight and triumph over cancer while maintaining all of his commitments to the community as the President of the Howard Beach Columbus Day Foundation.

“This is a person that you meet for the first time and know he’s special,” said event chair Phyllis Inserillo. “He is what Relay is all about. He’s what we’re here to celebrate — life.”

In my years as publisher of this newspaper, I have been privy to many joys and many sorrows throughout our community. I have however, never been prouder of this community then I was on Saturday at our 1st Annual Relay. It was a day when so much more than money was raised. It was a day when we stood together and made a difference that translates to the difference between life and death.

I would like to dedicate this issue to my colleague and dear friend, Mario Faulisi. Because of his tenacity, courage, strength and heart, I know the example he has set will save many other lives.

To my friend I would like to say that you are an inspiration to me every day of my life. Your wisdom and the life example that you set is a gift of your friendship that I cherish. I celebrate your life every day. – PA

Click to See More Photos from the Event
Posted by The Forum Newsgroup at 2:55 PM