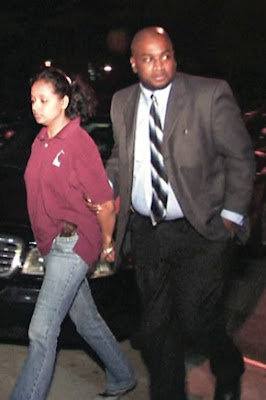 An 11-month-old boy died at a local day care facility after falling into a bucket of mop water. James Farrior was in the care of 28-year-old Kristal Khan, the operator of the All Day Every Day Childcare Center at 101-27 108th street in Richmond Hill.

Neighbors watched in shock and disbelief as a fireman ran from the house carrying the limp body of the boy shortly after 11 a.m. “My husband went down to see what the fire trucks were doing next door,” said Liz Rivero who lives in an upstairs apartment. “I went to the window and looked down. A fireman had the baby and he was running with him. I saw his arms and legs hanging. I just knew. He was lifeless.”

Rivero went on to say she had seen the baby’s mother when she would come to pick him up a few days a week in the afternoon. She said the operator of the childcare facility seemed to be a quiet person and that there had been no incidents involving the house before that she knew of.

James Farrior would have celebrated his first birthday on July 25 and was pronounced dead at Jamaica hospital around 11:30 a.m. An autopsy was scheduled to determine whether the boy drowned or broke his neck.

Kristal Khan’s profile was found on skillwho.com, a website community used for showcasing ones skills and talents. She describes herself there as a 27 year old, stay-at-home mother of two beautiful children who offered tutoring and childcare at her home. According to Kahn’s posted resume she was a “former qualified teacher from Trinidad where she taught in a primary school for eight years. She had also offered babysitting services for the last 12 years.

Police said Kahn originally said she had left James and her own two children, 3 and 4years old, in the living room while she went to get a mop. When she came back, Kahn said James had fallen, head first, into a mop bucket that was almost full with water. But later Kahn admitted she had taken Nyquil at 6 a.m. and fell asleep on the couch.

According to a spokesperson from the State Office of Children and Family Services, Kahn didn't have a license to operate the childcare facility, however was not in violation of any laws. Departmental regulations state that an individual may operate a day care facility without a license if they do not have more than two children under their care for more than three or more hours daily. The state does not count the babysitter’s own children as part of the qualifying number for licensing.

“This is all very upsetting,” said neighbor Billy Caires. “I checked this place out for my own child about two years ago. The only reason we did not use it is because they were closing earlier than we needed. It was just about timing.” The man said he had gone into the facility and found everything to be clean and in order.

Kahn was arraigned on Tuesday and charged with endangering the welfare of a child. If convicted she could face up to one year in prison.

District Attorney Richard Brown said that Kahn took the Nyquil despite the fact that she was aware that one of the side effects of the medication was drowsiness. It is alleged that at one point Kahn woke up, did not see the baby in the living room but rolled over and went back to sleep. The DA’s office further alleges that when Kahn awoke a second time she saw the baby in the kitchen with his upper body submerged in the bucket she had filled the night before.

“When parents entrust their young children to a day care center, the operator has an obligation to provide a safe environment. By allegedly failing to carry out her responsibilities, a young child’s life has been tragically and senselessly cut short,” said DA Brown.

The Department of Health and Mental Hygiene (DOH) is investigating the death of James Farrior but has made initial statements that the day care operation run by Kristal Kahn seems to fit the facility parameters set by the state regarding small childcare centers.
Posted by The Forum Newsgroup at 2:40 PM