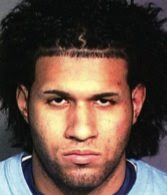 A Queens man has been sentenced to 15 years in prison after he was caught in possession of an on-duty police officer’s gun and handcuffs, but a jury was unable to reach a verdict on charges the man viciously assaulted the officer with a baseball bat.

Danny Fernandez, 23, of 162nd Street in Flushing was found guilty on January 29 of second-degree criminal possession of a weapon following a two-week jury trial. While the jury determined that

Fernandez was in possession of an on duty officer’s gun and handcuffs, it was unable to reach verdicts on three other felony charges: aggravated assault of a police officer, first-degree assault and robbery. Fernandez was sentenced last Thursday to a determinate term of 15 years in prison, with Acting Supreme Court Justice Robert McGann noting that this is not a “simple possession case.” Queens District Attorney Richard Brown’s office plans to retry Fernandez on the three other felony charges, according to a spokesman.

According to trial testimony, Fernandez approached uniformed Officer Joseph Cho at the intersection of 39th Avenue and 102nd Street in Jackson Heights at about 1:30 a.m. on February 5, 2007 and struck him in the head from behind with a baseball bat, knocking him to the ground. Seeing that Officer Cho was still moving, Fernandez then struck the officer once more in the head before removing his gun and handcuffs and fleeing on foot.

Officer Patrick Lynch, who was out of the police academy for just two months and on foot patrol in the area, noticed the attack from about a block away. A former long distance runner in college, Officer Lynch chased Fernandez for several blocks before arresting him. The officer found Officer Cho’s gun and handcuffs on Fernandez, and the bat was found at the scene of the attack. Officer Cho, who was also assigned to the NYPD’s Field Training Unit, was transported to a local hospital and treated for a fractured skull and concussion.

Fernandez told police that he was $16,000 in debt, which he hoped to pay off by committing robberies with the officer’s gun and handcuffs. He began looking for an officer who was patrolling alone at about 9:30 the prior evening and came across Officer Cho sometime after 1 a.m. He followed the officer for about a half hour, waiting for an opportunity to attack him.

“This case is a reminder of the demanding and dangerous challenges that police officers face each day in protecting the public. It is fitting that he received the maximum penalty allowed under the law,” said Brown. “It is a miracle that the officer survived… I commend the arresting officer, Police Officer Lynch, who is only out of the police academy two months, and who acted quickly and professionally in removing from our streets the defendant – an allegedly dangerous predator who was intent upon committing additional robberies across our city.”
Posted by The Forum Newsgroup at 2:35 PM