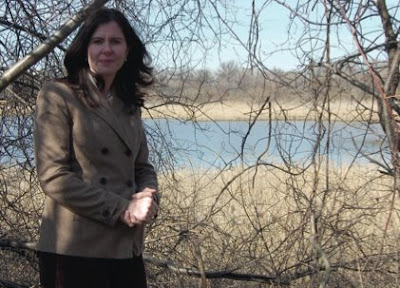 As part of the effort to decide the future of Ridgewood Reservoir, the city Parks Department is gathering public feedback as it develops three different proposals.

Last month, Comptroller William Thompson approved a contract between Parks and Mark K. Morrison Associations for work along the perimeter of the reservoir, which is located on the Queens-Brooklyn border. The initial phase of the project calls for installation of fences, lighting, steps and benches to increase safety along the paths.

The contract also calls for the firm to create three conceptual plans for the overall construction and design of the reservoir, including one dedicated to passive recreation. Last June, Thompson rejected a previous design contract that would have allowed Parks to replace a large swatch of the reservoir’s wilderness with limited public access. That proposal was part of the department’s plans to build ballfields in one of the reservoir’s three basins.

“As part of Parks’ normal design process, Parks is revisiting our efforts to obtain more community feedback on the schematic design phase,” a department spokeswoman said. “Now that the contract is registered, Parks can begin moving forward on the conceptual design phase and working on construction documents for upgrading existing features such as paths and lighting.”

About 100 people from Brooklyn and Queens attended the department’s first listening session, held this past Monday. “Participation by the community is key to helping Parks develop the Ridgewood Reservoir to meet the needs of all its users,” the spokeswoman continued, adding that “a mix of uses was requested” by community members, “from keeping the reservoir natural to creating some area for ball fields.”

The contractors will hold two more listening sessions as they begin to develop the three conceptual plans, one of which will be dedicated exclusively to passive recreation. In addition, the department will gather feedback from park uses through surveys.

Councilwoman Elizabeth Crowley (D-Middle Village) was among those in attendance at Monday’s listening session.

“If we are serious about protecting our wetlands and about restoring our parks, I believe we have an opportunity with the Ridgewood Reservoir, particularly in regards to environmental education for our kids,” she said in a press release. “This natural habitat is the city’s unknown jewel and preserving it would significantly improve the quality of life for those surrounding the property. I look forward to working… to ensure that the proper plan is implemented for our families and local residents.”

The reservoir was built in 1848 to provide drinking water to Brooklyn residents. It was converted as a back-up reservoir in 1959 and taken off-line in 1989. Since then, trees, plants, turtles, fish, frogs and more than 137 bird species, including eight rare ones identified on the National Audubon Society’s “Watch List,” thrive on the land, according to the comptroller’s office.
Posted by The Forum Newsgroup at 3:00 PM